Last post, I shared the required training and gear list for joining our search and rescue team. This time, I thought I’d share which specific gear I chose to meet the requirement, along with a few pieces of elective gear I added to supplement my kit.

As I mentioned in the last post, we were required to procure the gear simultaneously to completing training and certification, so several of us have already switched out some pieces of gear as a result of using it in the field.

For reference, I’ve repeated the required gear list below. I won’t highlight every piece of gear, only the notable or add-on pieces of my kit. 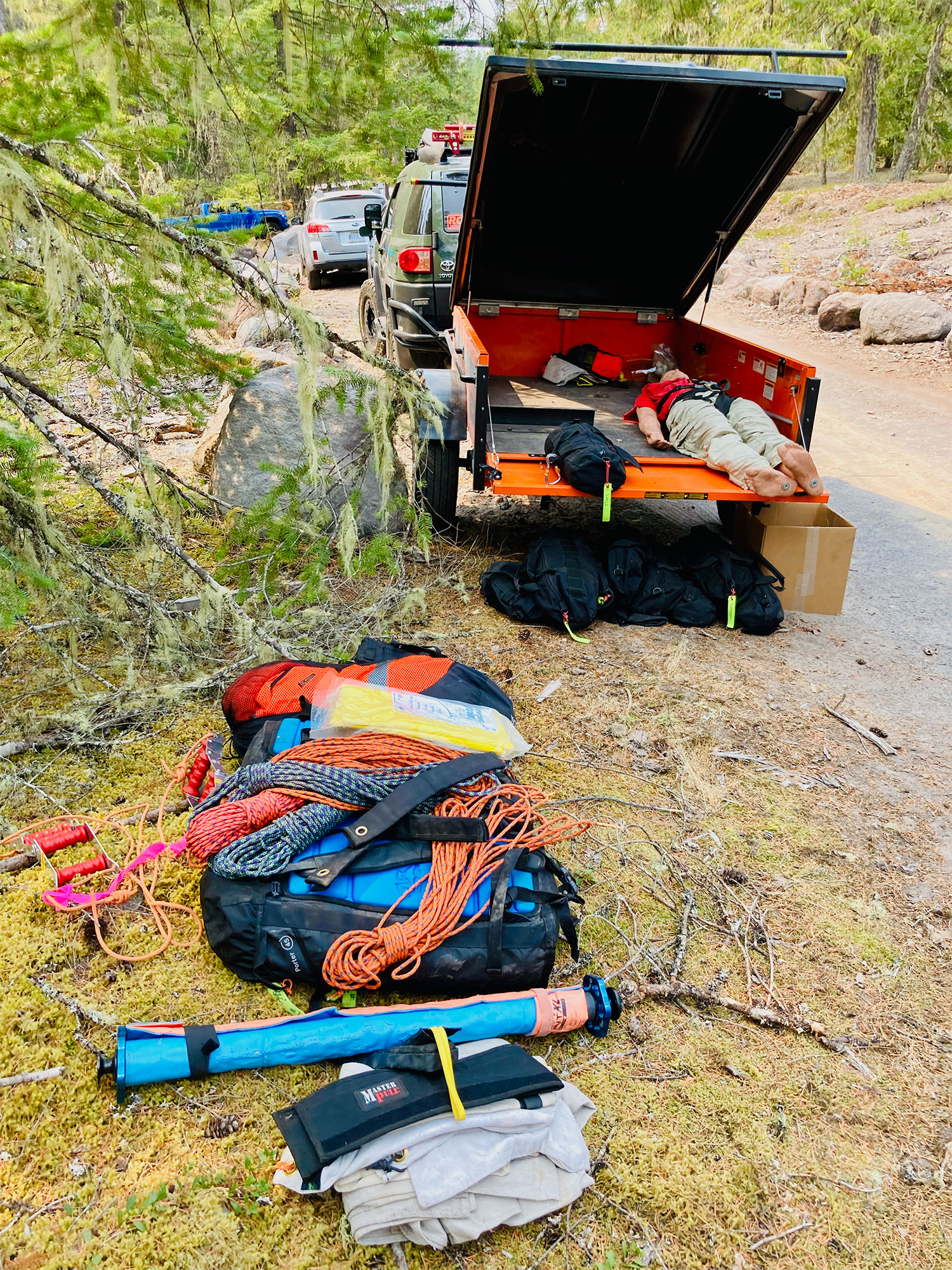 As I mentioned in the previous post, I designed my pack system such that all the “hasty” items are confined to two modules that can be included in my 24-hour pack, but also removed and attached to a separate harness. Since all of the hasty items are also required for the 24-hour pack, this allows me to quickly and easily pull them out and take just those modules for hasty searches.

My 24-hour pack started as a 40L REI pack, but I quickly found it to be too small. My helmet had to be attached to the outside of the pack (when not wearing it, of course), and there was very little room for a 24-hour food supply. I prefer all my gear to be contained so it’s not bouncing around as I move through the brush. 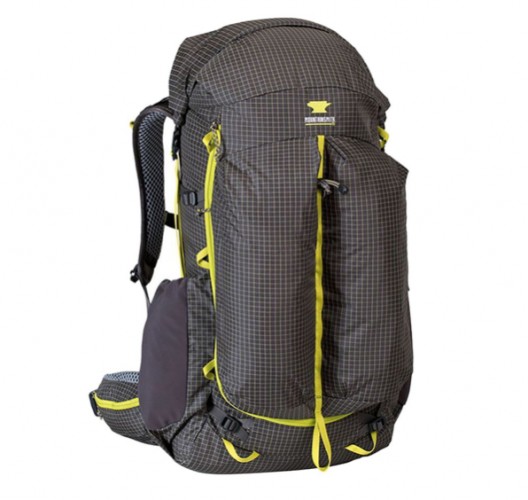 Notice the large orange and black compartments near the top of the bag. Those two modules contain all of the hasty gear (along with the helmet and chest harness). I can quickly access those and attach them to a separate harness, forming my hasty pack. 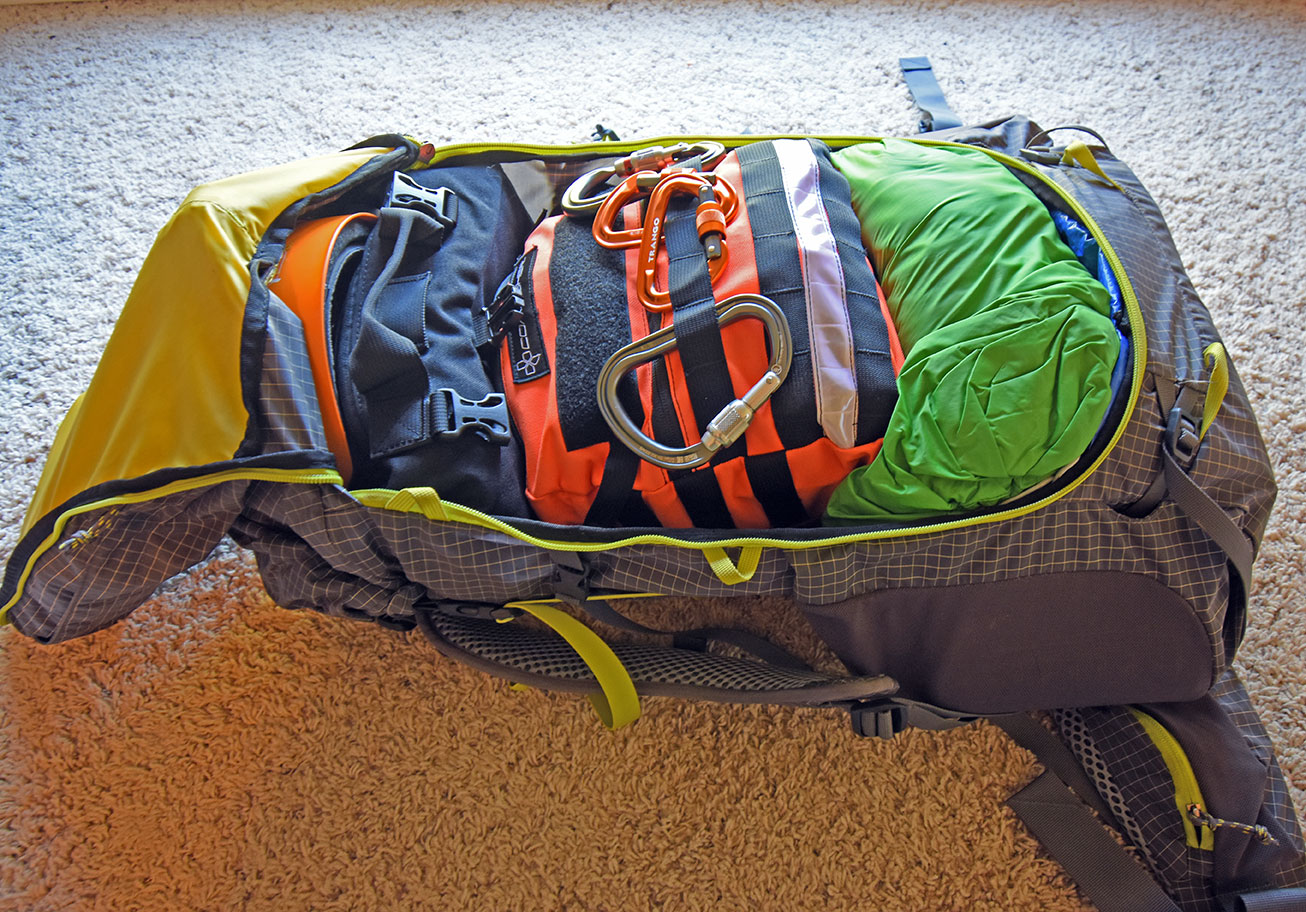 Items required for the 24-hour kit that aren’t included in the hasty pack largely fall under the categories of shelter, water purification, hygiene, and extra clothing.

Here are a few add-ons and notables from this extended kit: 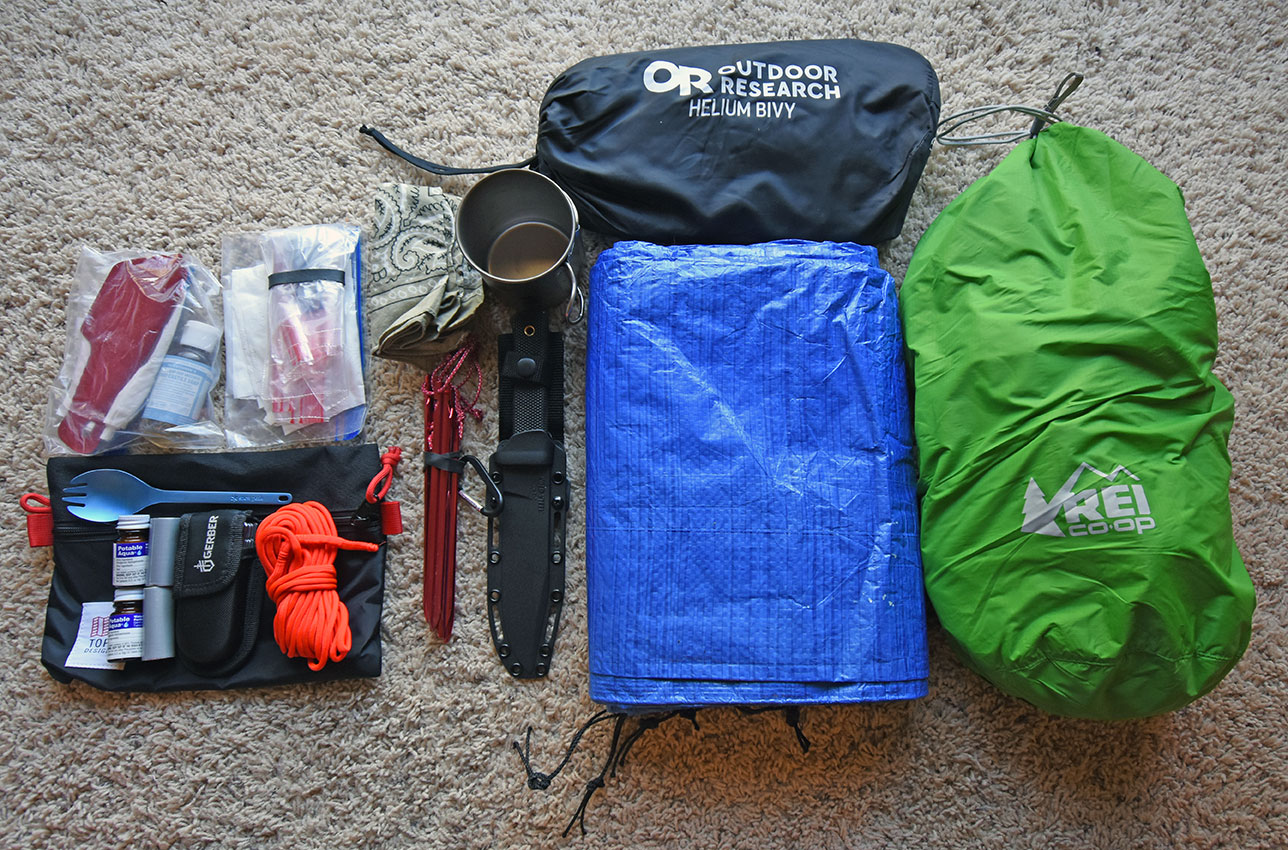 My hasty gear is confined to two pack modules, my helmet, and my chest harness, all of which are also carried for 24-hour missions. 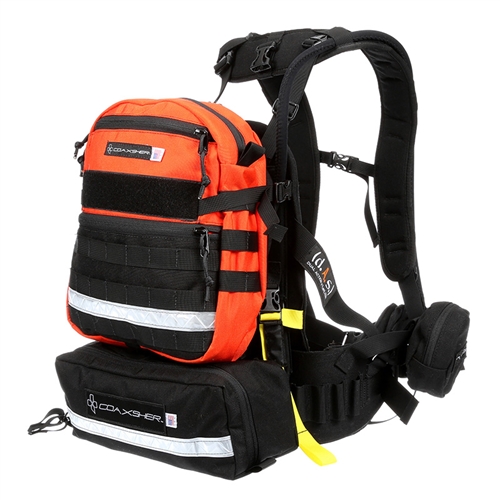 For my hasty pack, I chose the Coaxsher SR-1 Recon Search and Rescue Pack, specifically so I could detach the pack modules and throw them in my 24-hour pack. I’ll cover this below, but my chest harness is also made by Coaxsher, and it attaches to the harness system. I’m not a huge fan of water reservoir bladders (although I have more than one), so I also carry two bottle pouches that attach to the harness with MOLLE webbing. 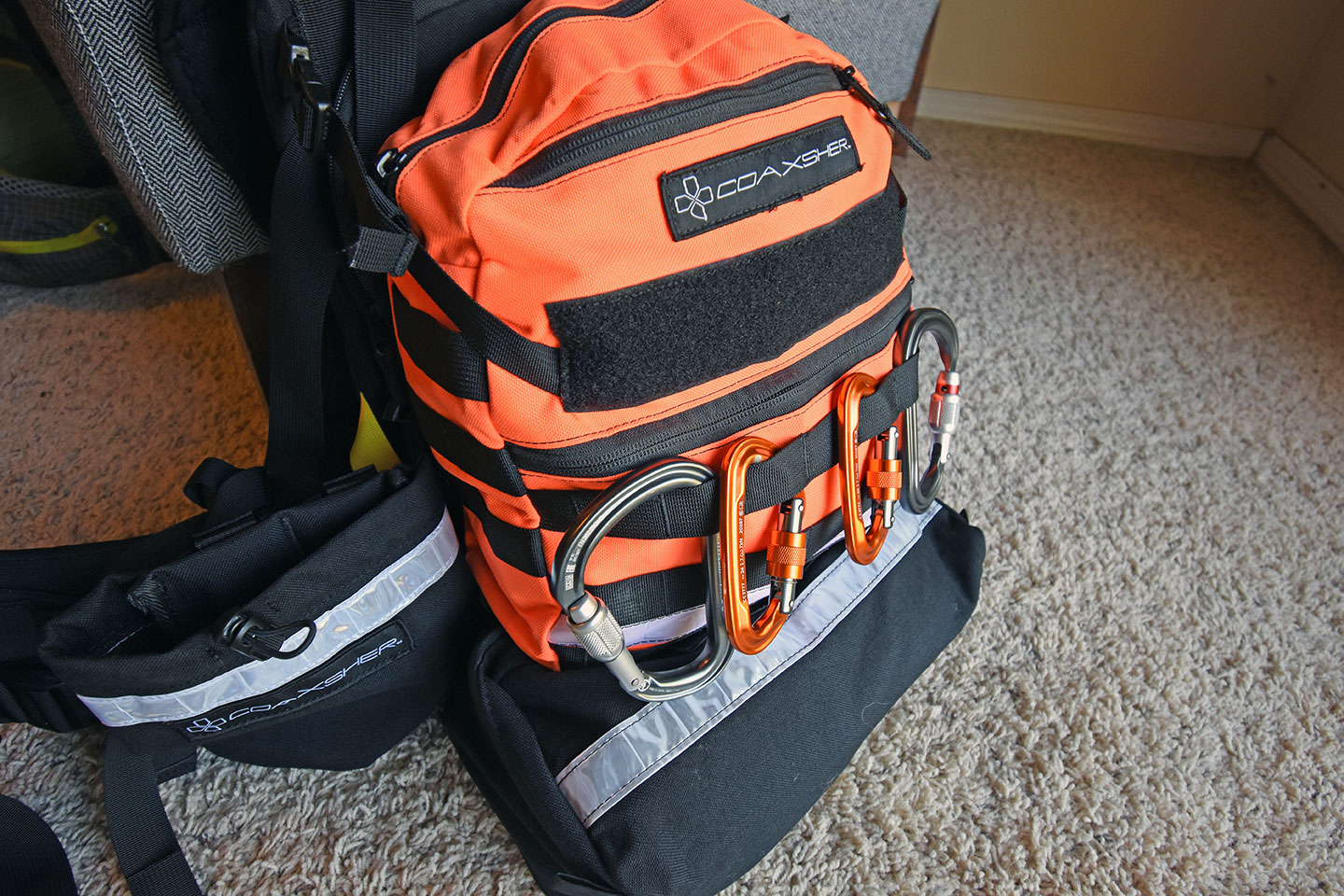 I won’t cover everything I carry in my hasty pack, but I will point out a few add-ons in the kit.

You’ll notice film canisters in the photo, in which I carry spare batteries for my GPS and headlamps. The Topo accessory bags hold backup power supplies and cables for my phone and additional first aid supplies. 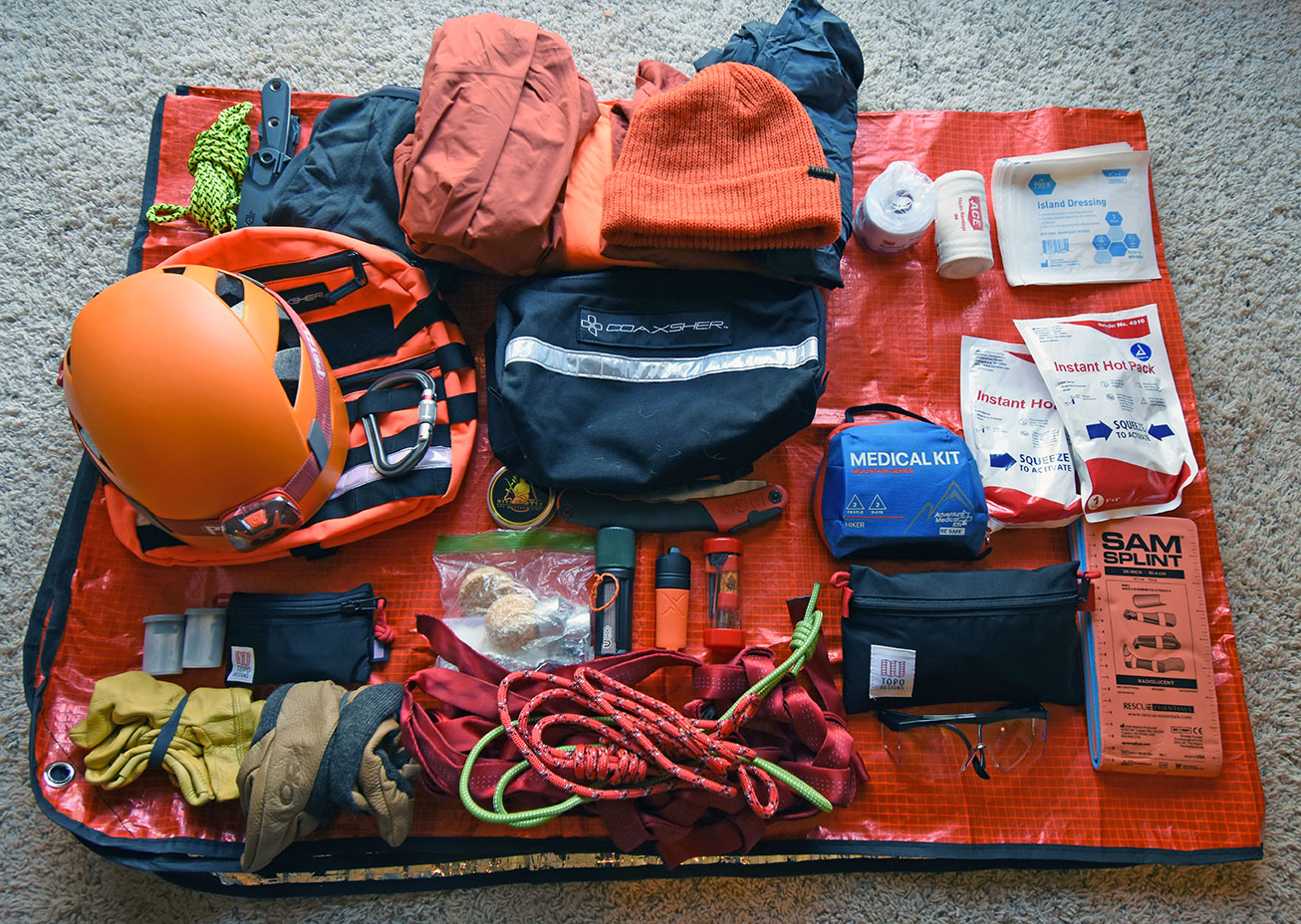 Because it integrates into my hasty harness system, I use the Coaxsher MOLLE Chest Harness. 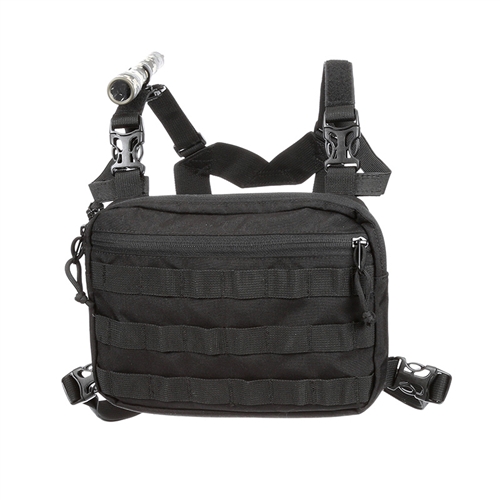 Although it doesn’t allow for diagonal radio carry (which is useful to keep attenaes out of your face), I like that the MOLLE system allows me to customize and modularize my chest rig as I see fit. I wear it under my 24-hour pack, and I can either wear it under my hasty harness or remove the chest harness straps and attach the chest pack directly to my hasty harness.

On my current setup, I have the gadget case to house my whistle, flagging tape, and Garmin etrex (more about GPS devices below). I also carry the radio holster for my Icom F3001.

I bought the fold-down map case, but I haven’t yet added it, mostly because of its bulk. Similarly, I have the flagging tape dispenser, but I haven’t found the need for it.

My chest kit is where I’ve customized the most, with multiple add-ons and redundancies, primarily for navigation. 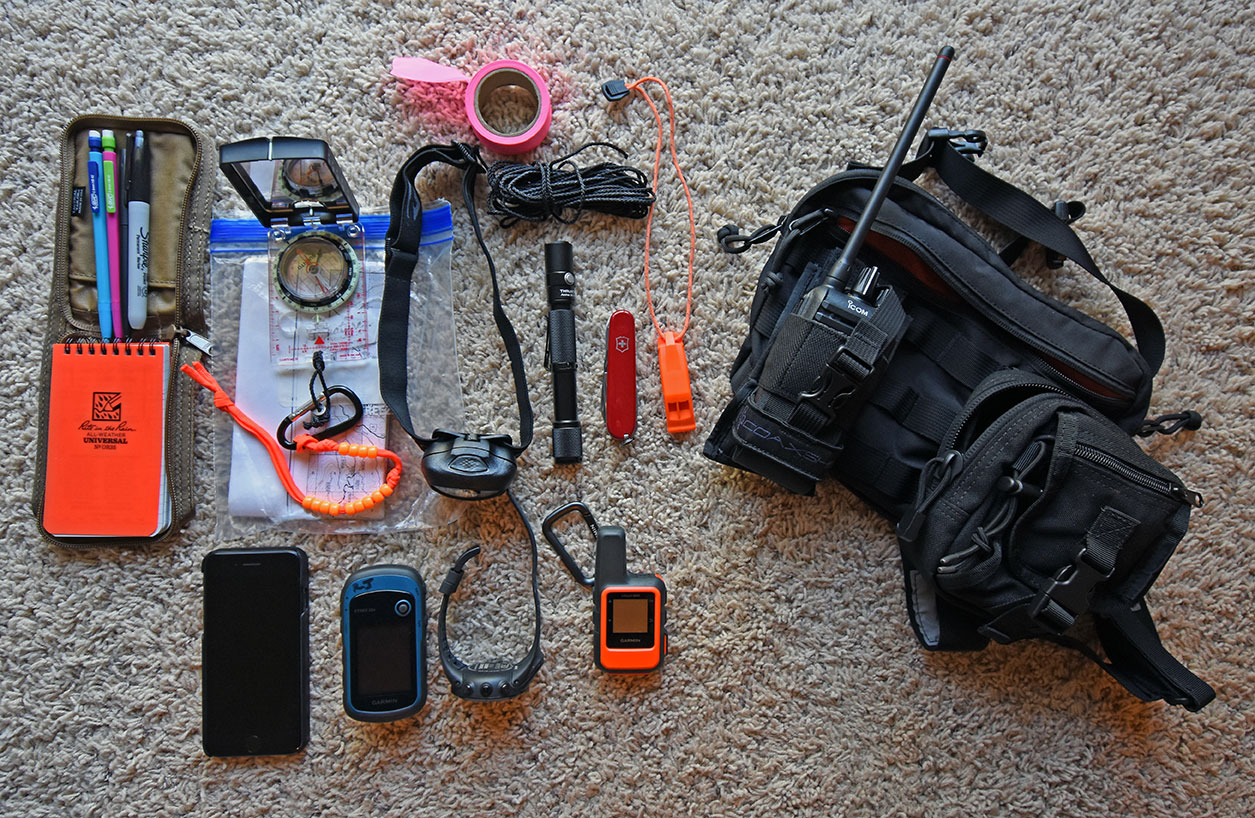 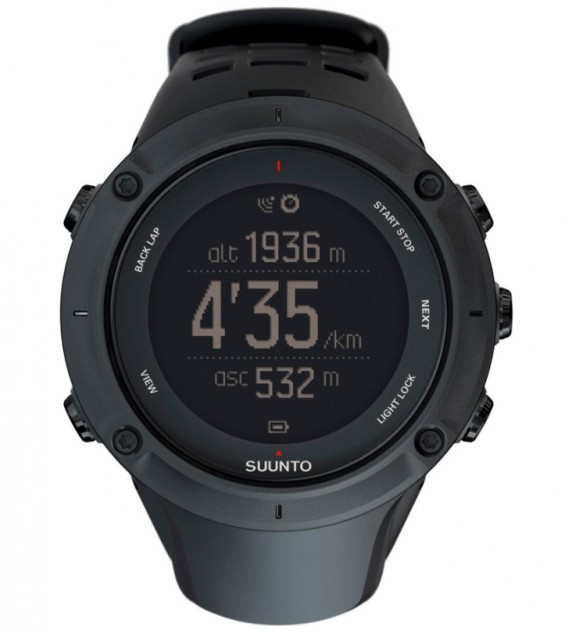 Here are a few other notable items in my chest kit:

Once again, here is the required list of gear, with the two categories of 24-hour and “Hasty”: