Edward Tufte opens his one-day course with the Music Animation Machine by Stephen Malinowski. In near total darkness, backlit by Chopin’s Berceuse, Op. 57 rendered in scrolling neon lights, leaning over the concentrated beam of a desk lamp, Tufte sets the stage for his five-hour study of the presentation of information.

The blend of expectation and surprise, the integration of the auditory and the visual orchestrated in time, the Music Animation Machine serves as the prologue for Tufte’s survey of his four books covering the principles of design, data presentation, and (perhaps not as well advertised) the precision of language he so evidently wants to impart to attendees.

Charles Joseph Minard’s famous quantitative visualization of the losses suffered by Napoleon's army in the Russian campaign of 1812. Image from edwardtufte.com

Tufte’s talk revealed his tenacious commitment to truth, transparency, pragmatism, and open-source technologies. He delivered his lecture with a no-bullshit attitude and surprising (to me, at least) humor.

Among designers, Tufte is treasured, but perhaps his profile isn’t quite as high among content strategists. It should be, as his is an approach that elevates content above all other concerns, as he confirmed early in his talk: “Every move should be about the content.” He returned to the primacy of content throughout the lecture.

Here are some of my favorite ideas and quotes from the talk:

☝️ I should probably point out at this juncture that Tufte encouraged us to mark up his books (I assume in the form of underlining and highlighting) rather than try to interpret, rephrase, and redraft his ideas into notes. So, grain of salt?

Go to Edward Tufte’s course, if you can; it’s certainly worth it (in addition to the knowledge bombs, you receive all four of his books as part of the course fee). 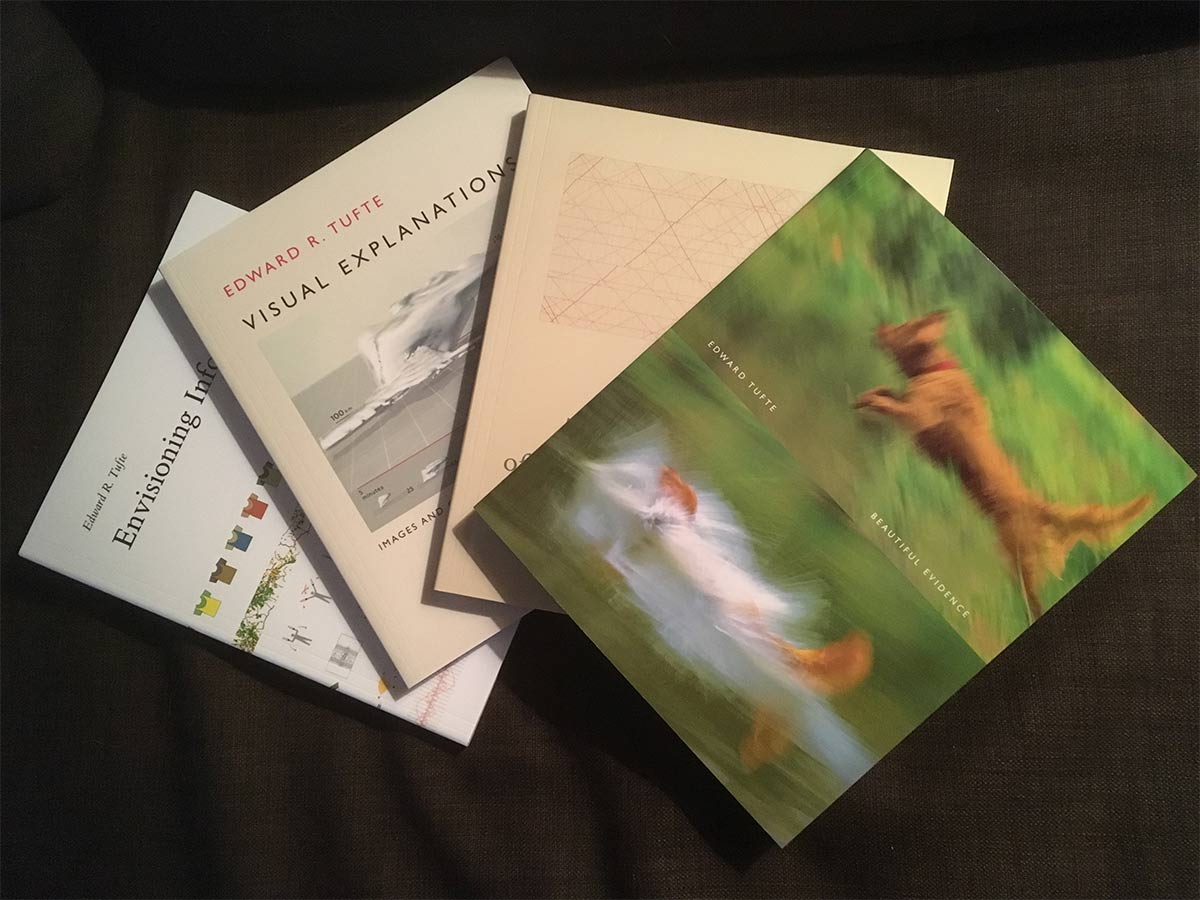 Tufte is on the road between July and December, traveling to Denver, Minneapolis, Chicago, Boston, Philadelphia, Brooklyn, San Francisco, and San Jose.