Among the many concerning aspects of climate change is that it will be too overwhelming for us to collectively track. For instance, when we were evacuated for over a week in September due to wildfires, Oregon was acknowledged, albeit aggregated with California, as a focal point of a climate change event.

But this most recent event, an ice storm arriving less than 6 months after the wildfires, was seemingly absent from national media. 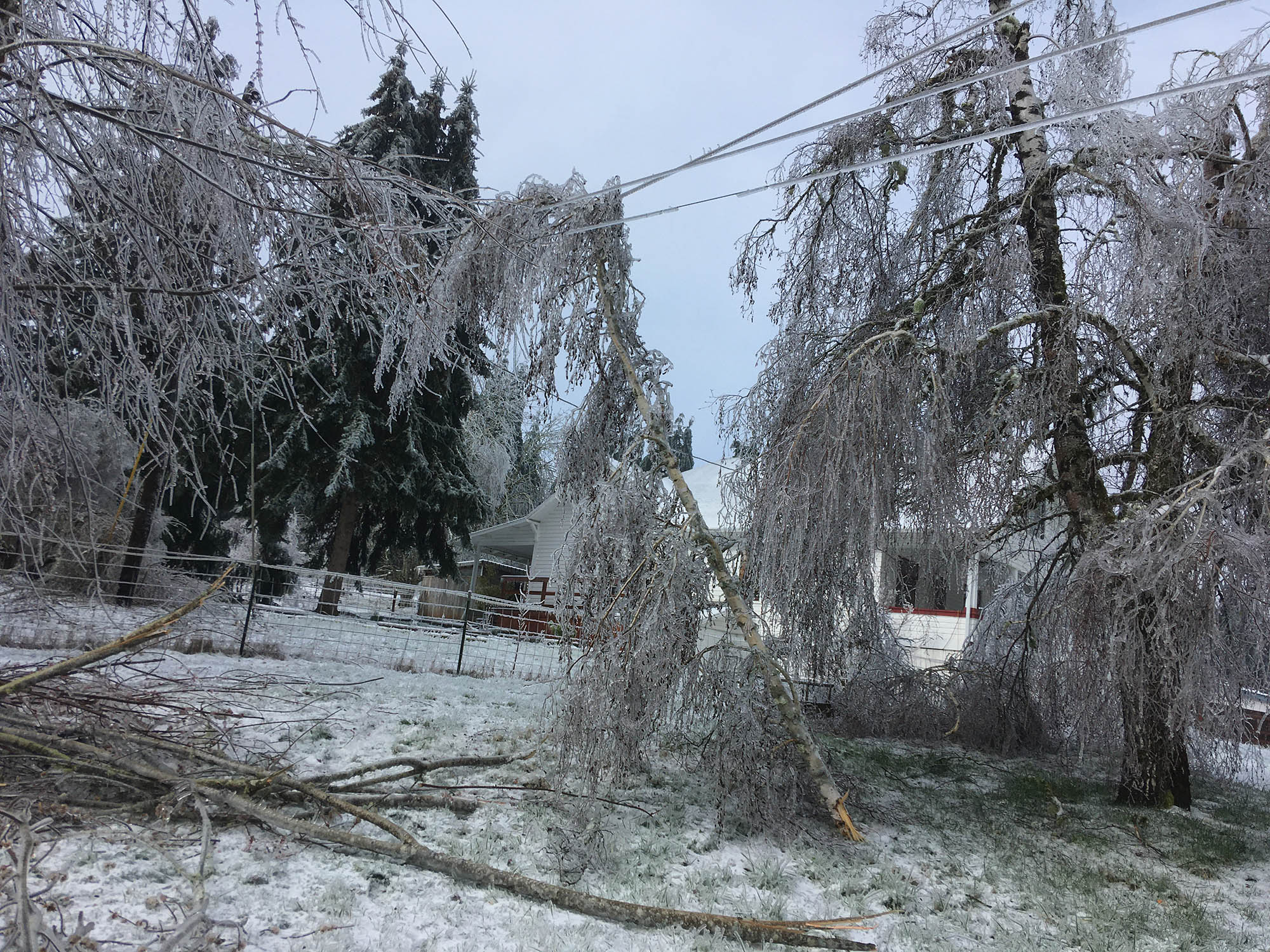 We lost power for 12 consecutive days. So we couldn’t have tracked national media it if we wanted to. We lost cell service for 2 days, so we couldn’t call the power company or emergency services. We were carrying water to flush the toilet for 12 days (thanks to a garbage can we filled in the days before the storm), and charging phones via solar, once cell service was restored. There were miles of power lines laying in the street or otherwise on the ground, broken power poles everywhere.

It’s understandable, of course, the limited coverage. Texas was absolutely slammed, with temperatures in the single digits, a neglectful and irresponsible government, infrastructure issues (largely not related to windmills), and many people who presumably wouldn’t have prepared for such an anomalous weather event. The repercussions continue there.

I’ve talked to several friends and colleagues in Texas who went 75 hours without power, and that is unpleasant, and in some cases dangerous.

I wish I could have counted our outage in hours. Because we have a well (which relies on an electric pump), we didn’t have water, either. That happened for over 270 hours. We have a generator, but we loaned it during this event to our neighbors, both in their 80s, both with health conditions. They relied on electric heat, and didn’t have an alternative. They also needed to keep medications refrigerated. 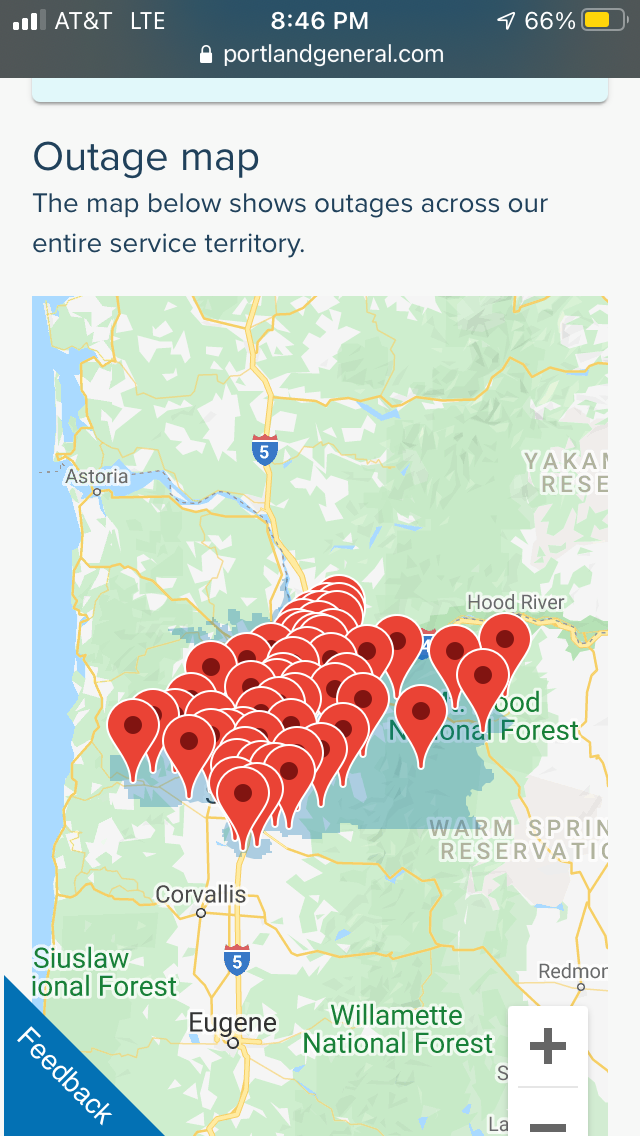 And this brings me to my main points: 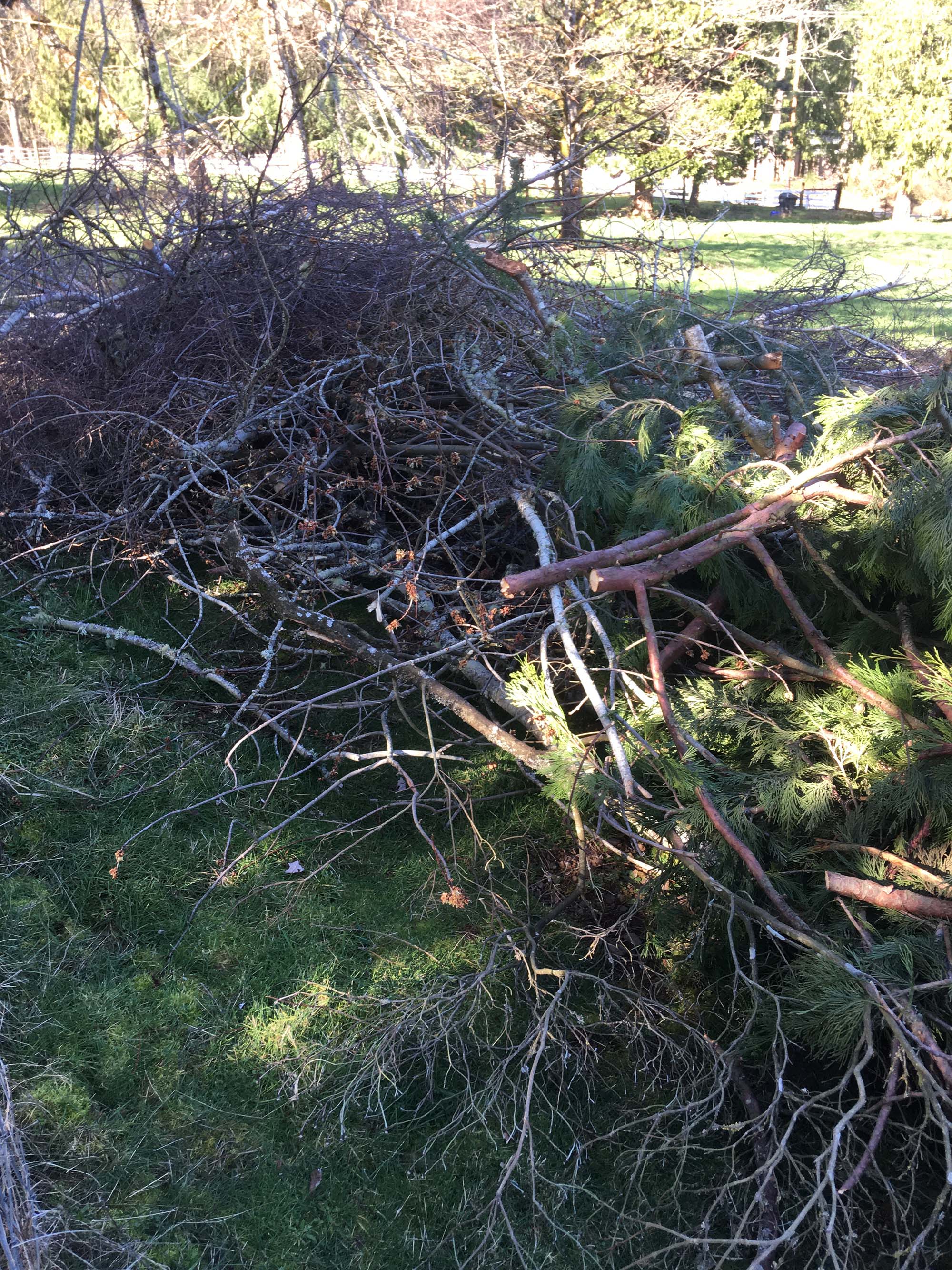 A sample of the tree damage to work through. There is much more.

In 2020 and early 2021, we evacuated from our house for over a week because of wildfires, we had a covid case, we lost power and water for 12 days due to an ice storm, and that hasn’t even been the worst of it. And yet, I know there are worse experiences than mine. And I fear this is just the beginning.

I hope you all are hanging in there. And I hope we all find ways to repair what is broken, together.