I wrote last year about how I’ve returned to shooting film, but since then I’ve added yet another Nikon machine to my cramped camera bag: the Nikon FM3A.

The FM3A has been my dream SLR for a long time, and I finally tracked one down. 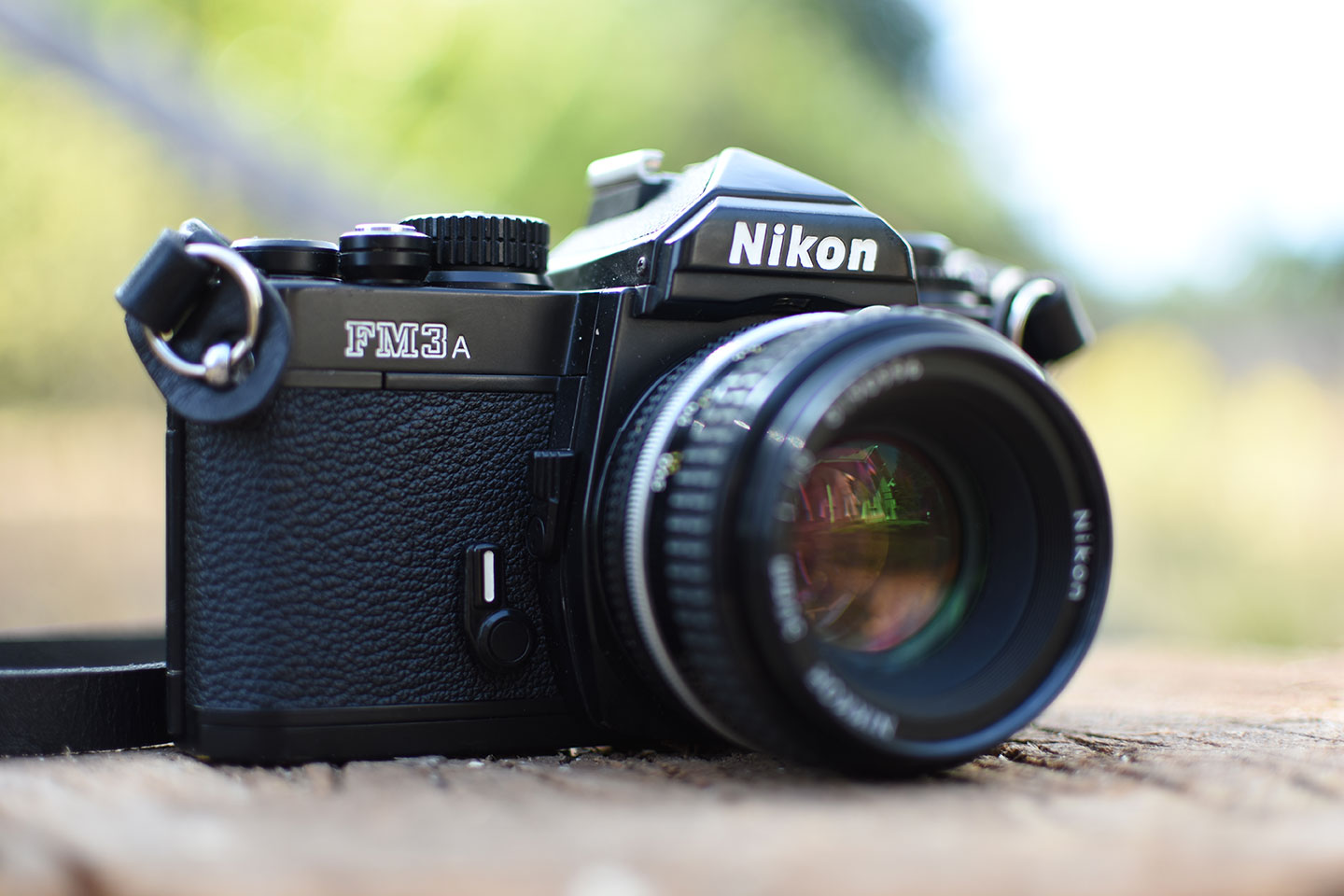 But before I get into that, I was reminded on a recent trip to Utah why a backup camera is not an excessive purchase, but rather an absolute necessity. Having (and hauling) at least one backup camera is non-negotiable, assuming you want to bring home photos. That backup could be a spare SLR, a spare DSLR, a crappy point-and-shoot, or (in my case) an iPhone. I should have stashed a spare SLR, but air travel can make that difficult. 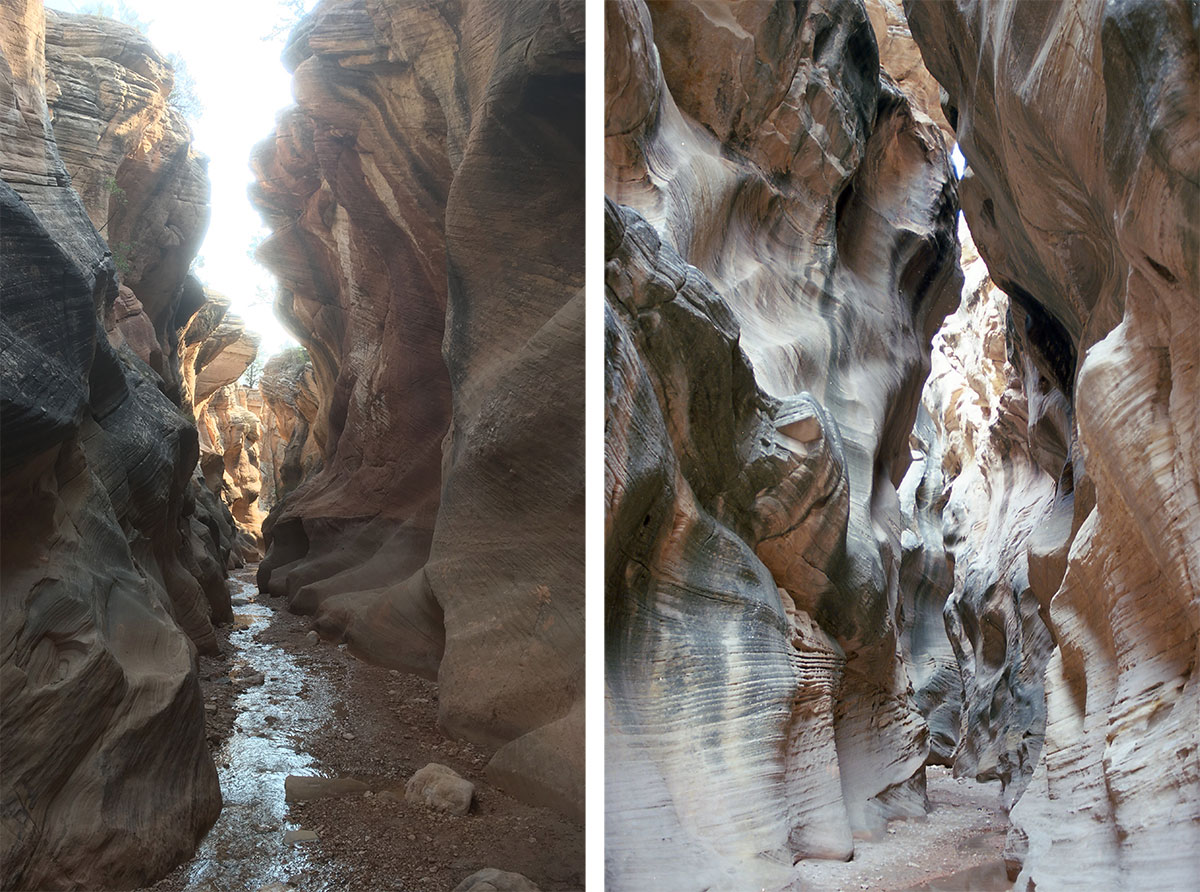 Utah canyon photos. iPhone SE on the left and Nikon FE (with a broken aperture control ring, shooting Kodak Ektar 100) on the right

I debilitated my Nikon FE on the second day of my Utah trip, having set it on the rented Mazda’s console shortly before I gunned the vehicle up a precipitous remote dirt road. The FE landed violently on the back floor – directly on the lens – breaking its aperture control ring. Miraculously, my favorite 35mm lens was unharmed. 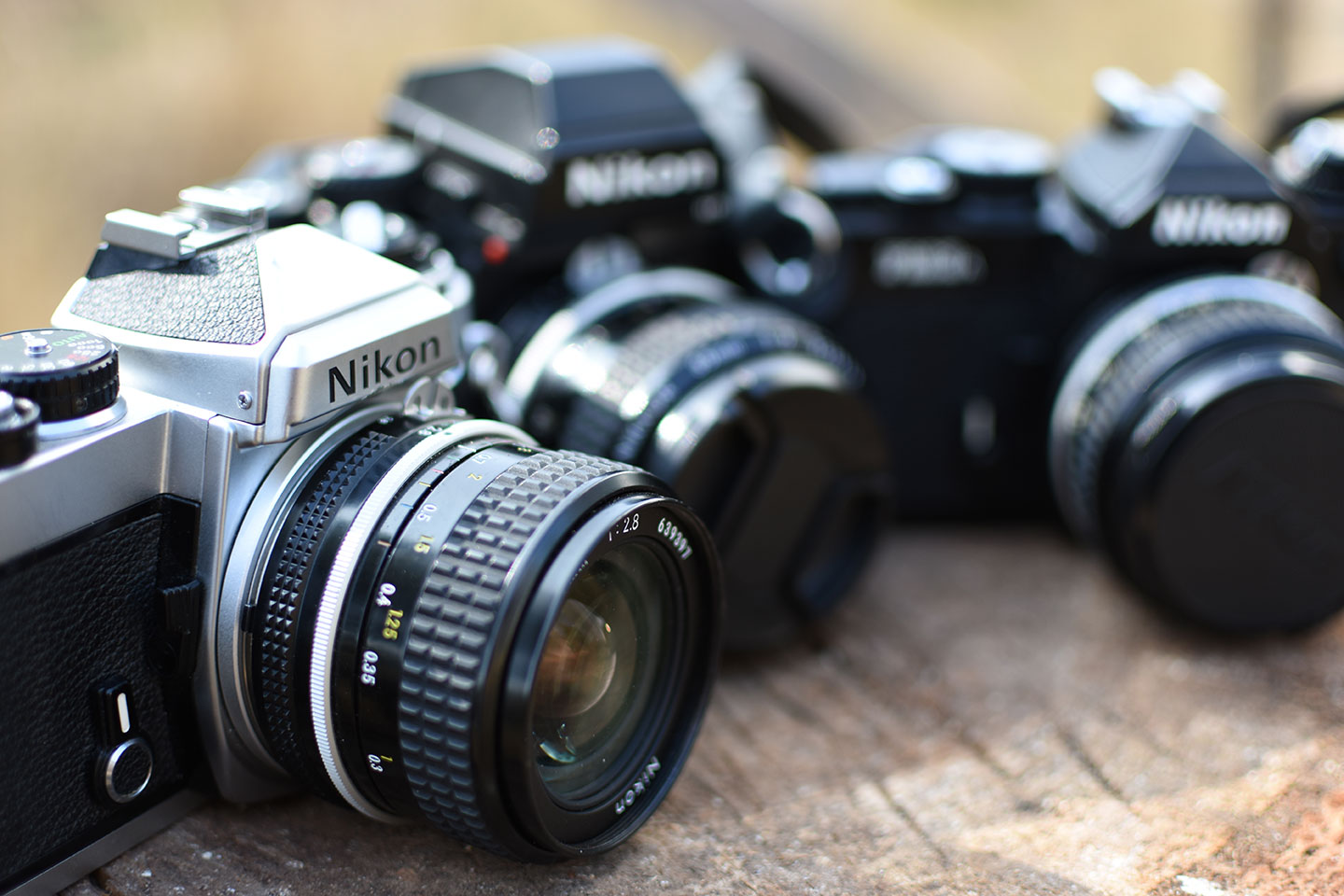 Today I retrieved my FE from Associated Camera Repair, and it’s ready to be loaded up again. I’m glad it’s back, even if I paid roughly what the camera is worth to repair one part.

The Nikon FE is refreshingly simple to shoot: lightweight, compact, and it has an indicator needle for through-the-lens light metering, which I prefer to the F3’s numerical LCD readout. It’s so much faster and intuitive to interpret an exposure from a needle tracking a range as opposed to a number, which must be cognitively mapped to other variables in time.

On the other hand, the F3HP is a professional-level film camera, with a number of advantages over the FE, such as twice the maximum shutter speed, more stylish and ergonomic controls, and more precise and reliable metering.

Nikon made the FM3A from 2001–2006. You read that right: Nikon started making this film camera in 2001, after investing in digital SLRs and having just halted production of the F3, which Nikon continued to produce until 2001 despite having released the F4 and F5 in 1988 and 1996, respectively.

The FM3A is compact and delightfully analog (it has an indicator needle, not an LCD). It has a top shutter speed of 1/4000 (twice the speed of the F3 and quadruple that of the FE), and it has the most sophisticated metering of any Nikon manual-focus camera in history. Thanks to its hybrid shutter – perhaps the most advanced in the history of SLR cameras – the FM3A is capable of shooting its full range of shutter speeds without the use of a battery.

Nikon made the FM3A for professional and enthusiast photographers for whom the FM series was the benchmark. These photographers resisted the increasing reliance on electronics and the expanding size of the F4, F5, and (later) F6 cameras. The FM3A is truly the best of both worlds: it combines Nikon’s top-shelf features into the cherished body of the Nikon FM and FE series.

The FM3A has been a great backup camera, but it’s likely to become my default camera. It has the dimensions and features of a go-to camera.

Film cameras help us make images with meaning, purpose, and longevity. Loading film into a chamber, setting exposure, manually focusing, choosing lenses…the process results in images that are – impossibly – both surprising and predictable. More importantly, the process imbues memory in the artifact. Supplementing the resulting photograph is our increased attention, itself imposed by the need to literally focusing the camera on the subject.

We get to appreciate the place we’re in while making the pictures, because we’re not consistently staring at the back of our camera right after we captured the image. And we get to enjoy the place again when we develop our negatives and prints.

But don’t worry if you need that digital backup. Thankfully, we have the best of both worlds.