In 2019, we had planned for our vacation the Redwoods. Less than a week before we were to leave, our dog was diagnosed with Lymphoma, and we had to cancel our trip.

In 2020, our vacation coincided with catastrophic fires in Oregon, during which we were evacuated from our home.

Last year in 2021, I had planned a camping trip to a spot just north of Crater Lake. We drove the five hours to the area, only to discover a new wildfire to the west of the campground had just started and joined the existing wildfire in the east in converging toward the campground. We made a truncated visit to Crater Lake, choked in smoke, and drove back home, with a short and unpleasant hotel stop in Bend, Oregon.

This year, despite receiving another evacuation notice the weekend before we left, we finally had a proper, albeit short, vacation in southern Oregon. 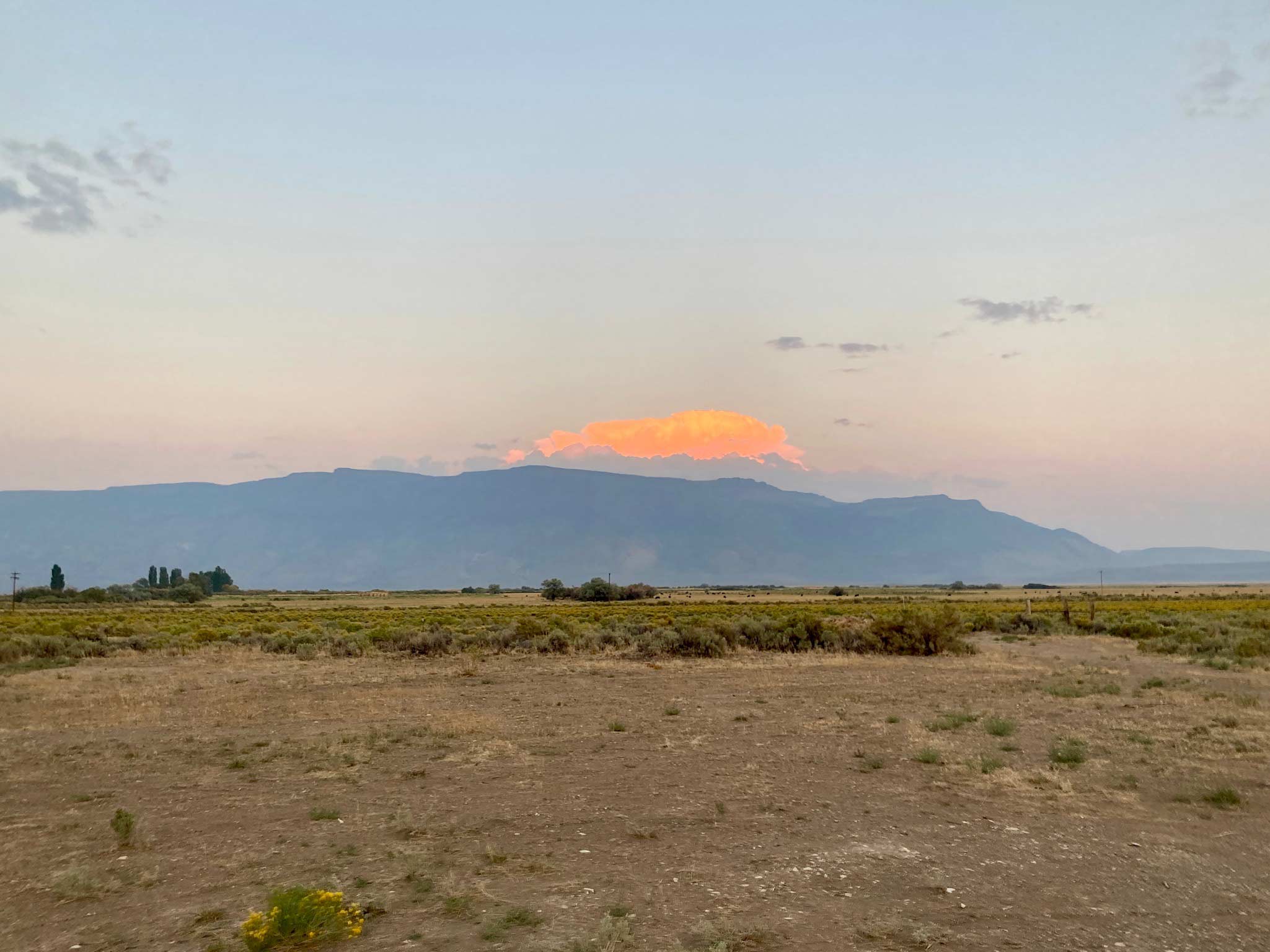 We chose Hart Mountain in southern Oregon as our destination, with stopovers at Smith Rock and Fort Rock, and the trip didn’t disappoint.

Not that anything amazing happened. We were looking for the opposite: quiet, calm walks and wildlife. And we found it. 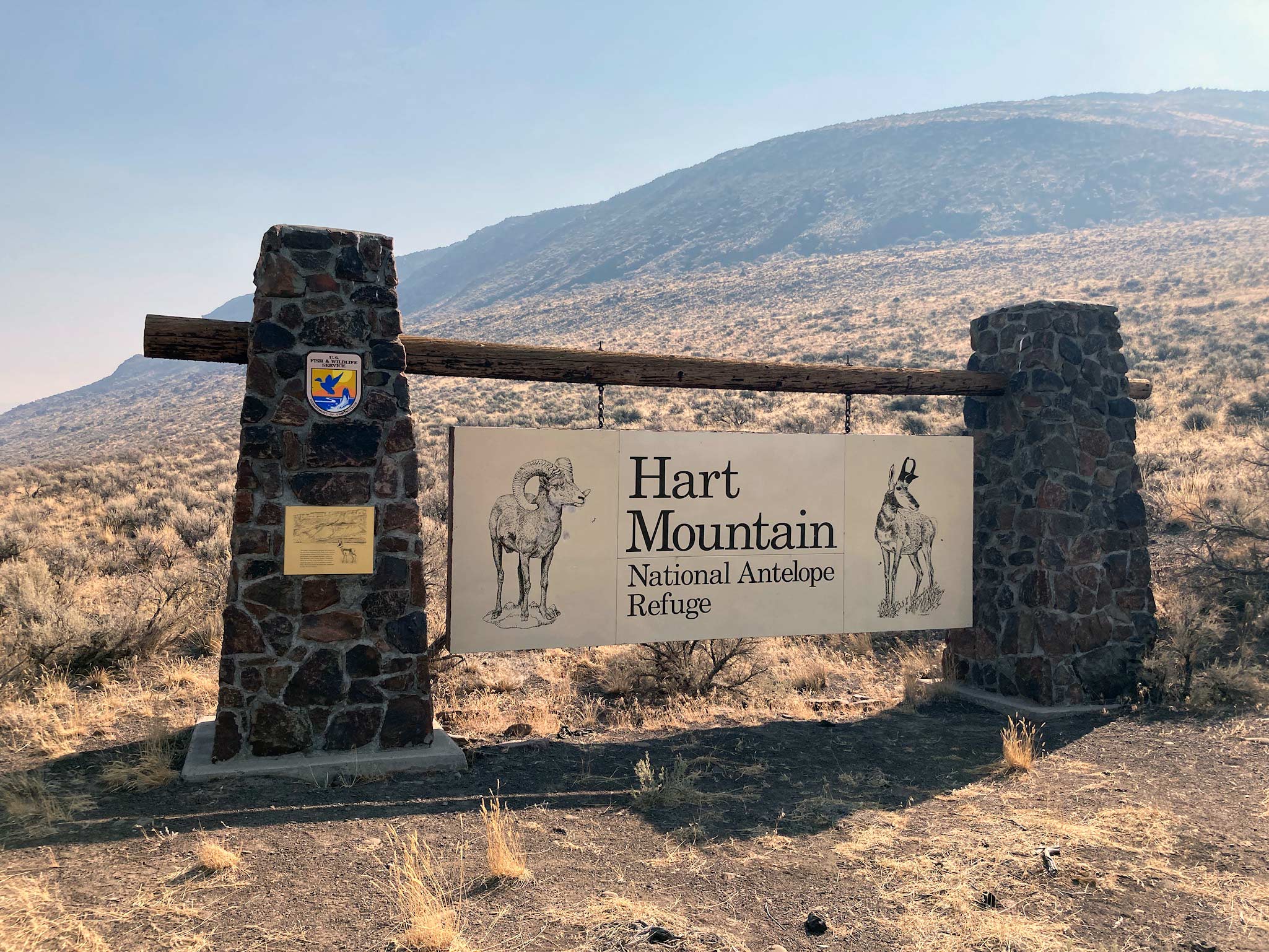 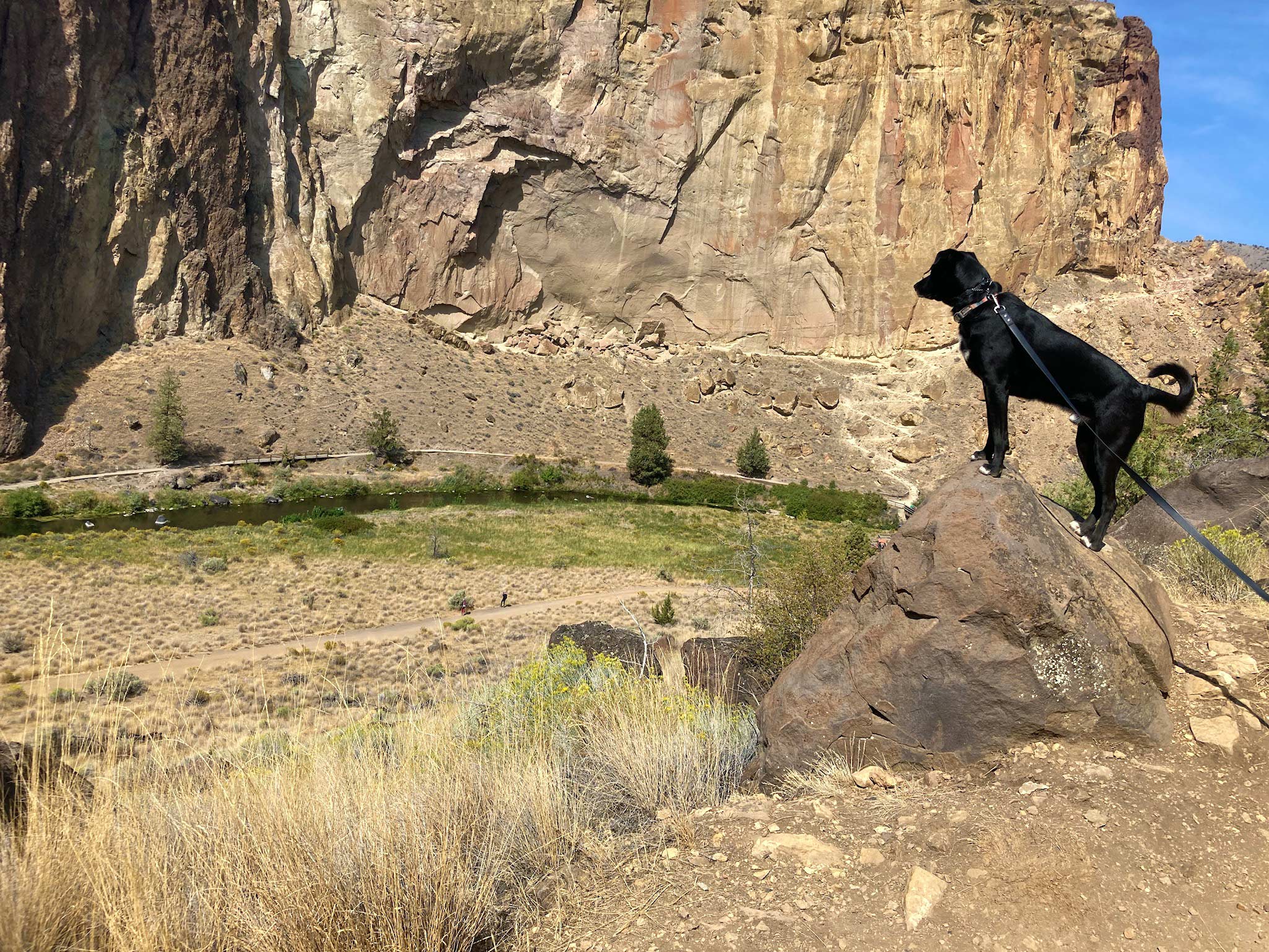 We walked through desert rocks and observed petroglyphs left by the Kidütökadö band of the Northern Paiute, while a herd of Pronghorn (the “antelope” of the antelope refuge) watched us watching them. 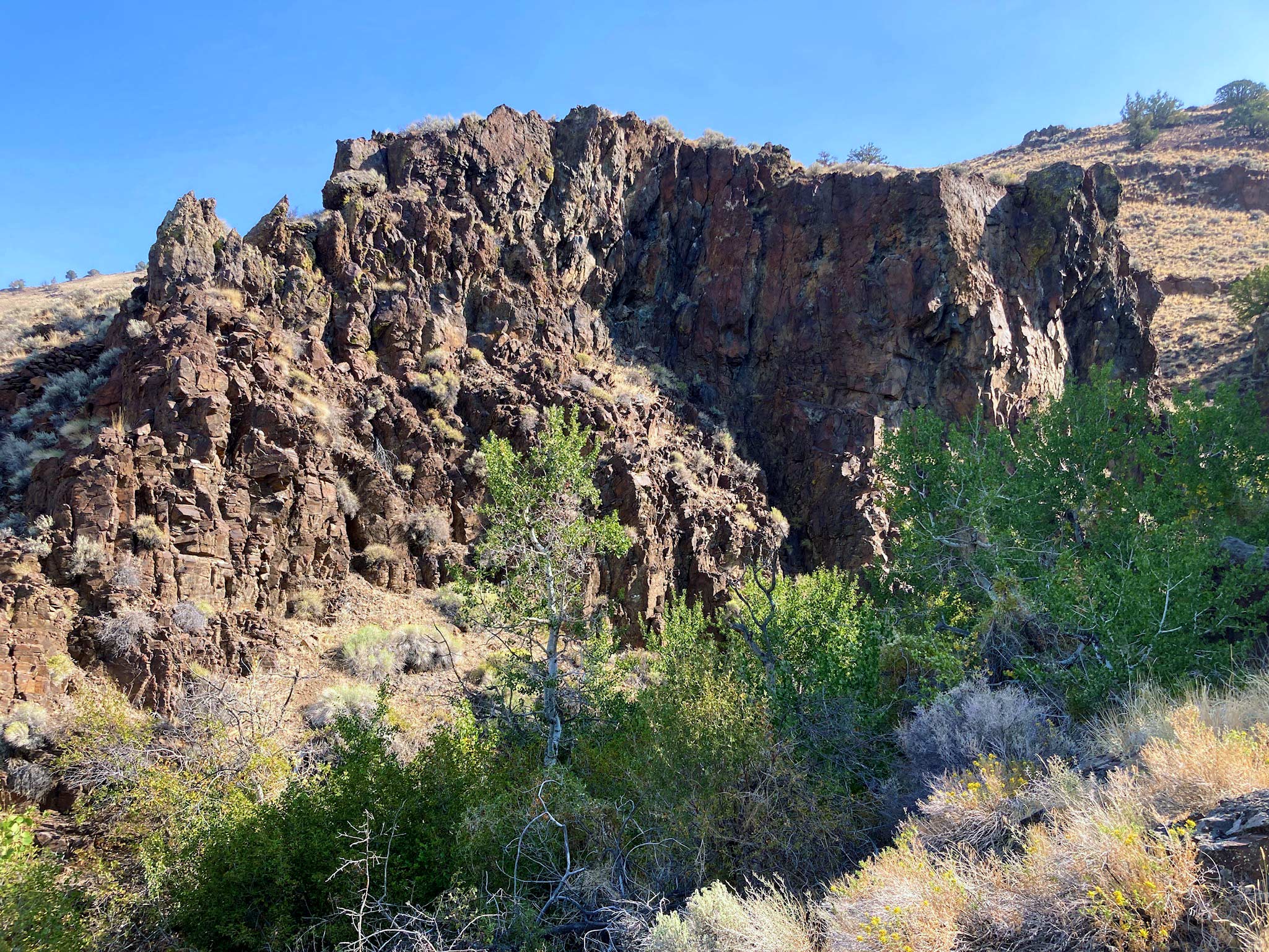 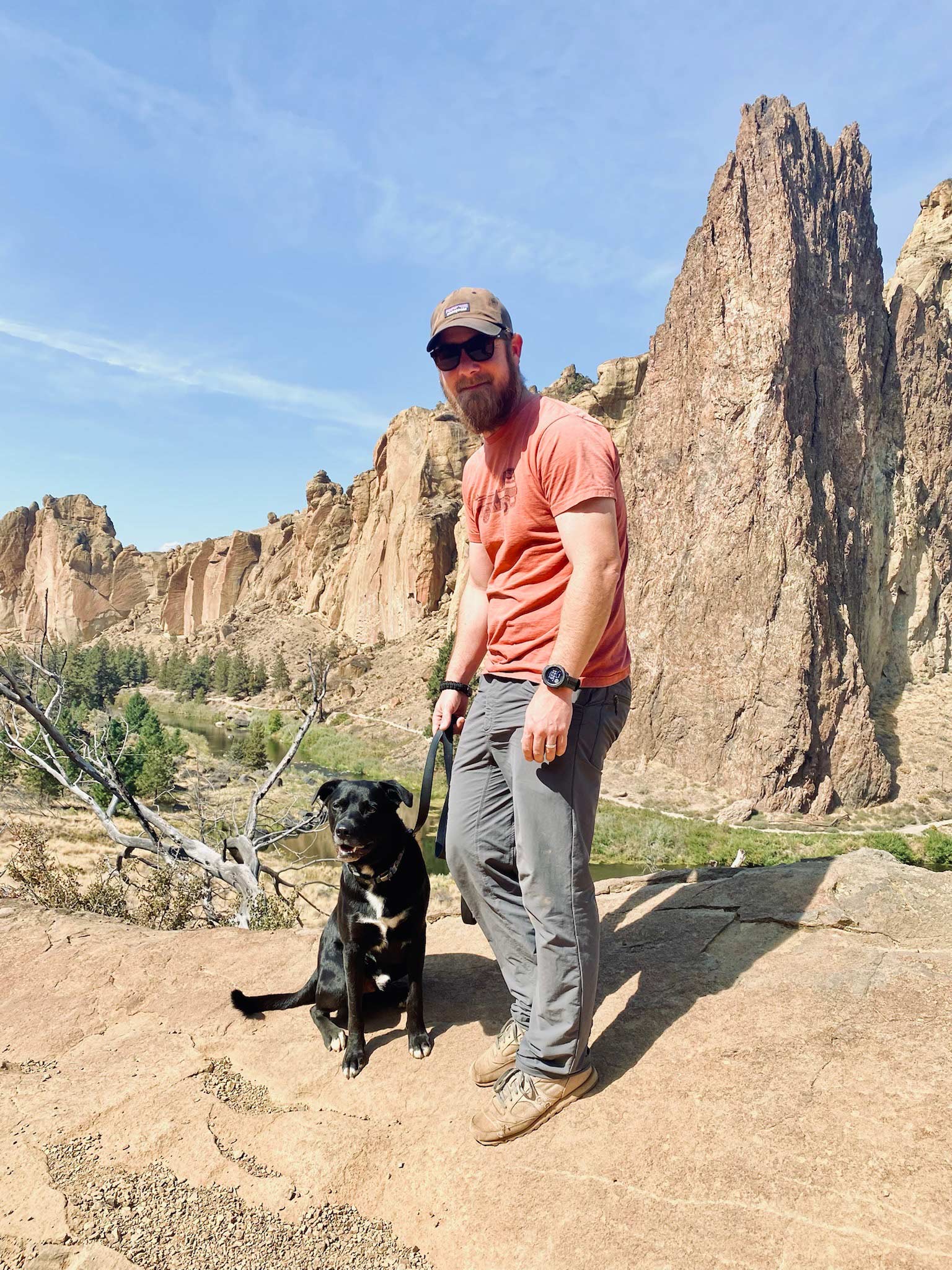 We hiked through basalt canyons and along desert scree at the bast of a mountain ridge. We discovered a gathering of dedicated (and eccentric) people seeking Oregon’s state gem, sunstones. 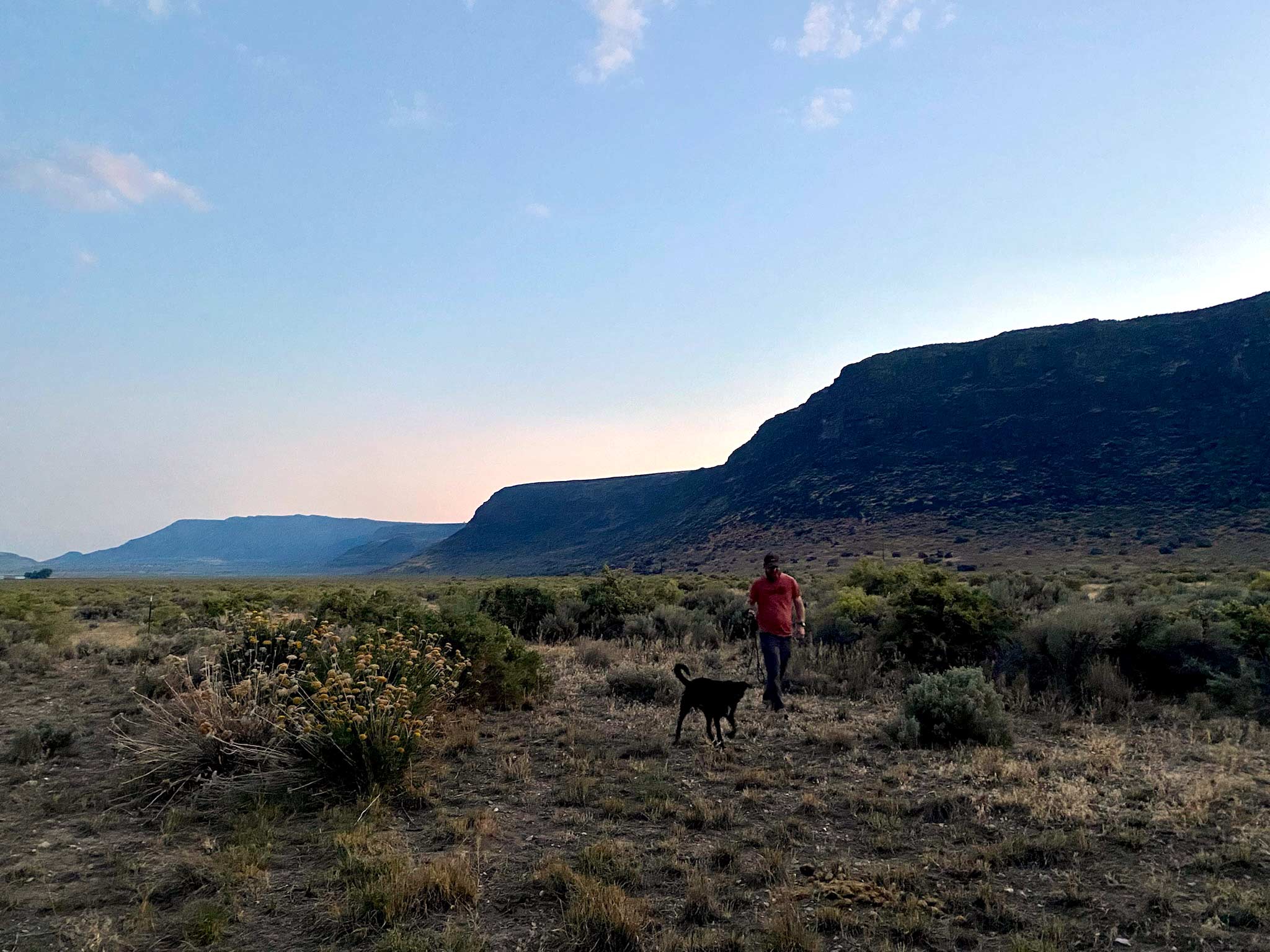 There are so many areas of Oregon, much less the west, much less the rest of the U.S., that we haven’t seen; we don’t really see the point in venturing further. Not that we can, anyway. Leaving for vacation is always subject to climate change events now, and we can’t count on being able to confidently leave our home (outside of having to evacuate) anytime between late June and late September. It’s just the reality now. And we don’t want to go anywhere that we can’t take our dog, or where we need to fly him in cargo on a plane.

I’m glad we were able to find some solace away from home, even just for a short time. It reminded me of the quiet and calm of where I grew up in Wyoming…complete with the Pronghorn. It was good to get away for a little while.