Less than a week after my last post about bikes, I’ve added another bike to my garage. Welcome to the family, Bianchi Lupo. 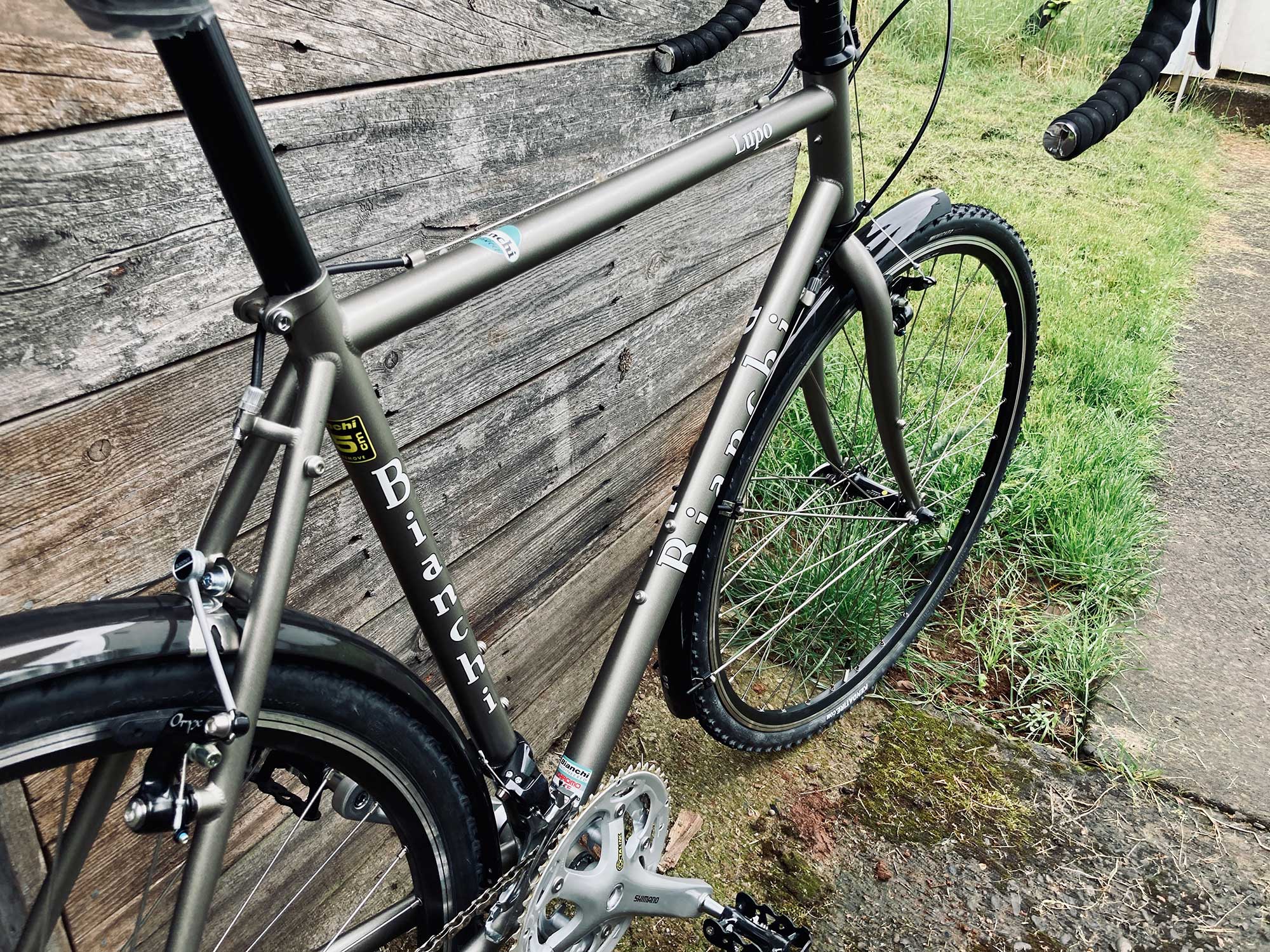 For years I’ve been looking for a steel gravel or touring bike on which I could pack gear. I’ve done light touring on my Bianchi Eros and Bianchi Sport, but neither of those frames were made for that purpose. As I’ve gotten older, I’ve become increasingly disinterested in battling cars on tours, so I wanted a bike that might allow me to get off the pavement onto forest roads for gravel rides and bikepacking adventures.

To that end, I’d specifically been looking for a Bianchi Volpe for many years. Its steel frame and cyclocross construction, with plenty of braze-ons and eyelets for gear and long chain stays, made it a solid choice. And unlike, for example, the Trek 520 Grando, it was relatively affordable (this seems to have changed, as one local bike shop lists the Volpe at $1,700).

I don’t dislike disc brakes, but neither do I insist on having them. They certainly have their advantages, but I find them temperamental and awkward when needing to remove wheels, especially when accompanied by thru-axles. I also find them more difficult to work on, so I’m happy to stick with rim brakes for the kind of riding I do.

Finding what can’t be found

While randomly looking at Bianchi bikes via image search, I found a Volpe at a “bike shop” in nearby Salem, Oregon. I write that in quotes, because the bike shop is, well, no longer a shop. It used to be, but the building owner decided to sell the building, and the tenants—of which the bike shop was one—had to go elsewhere. That’s why South Salem Cycleworks now operates out of a storage shed. 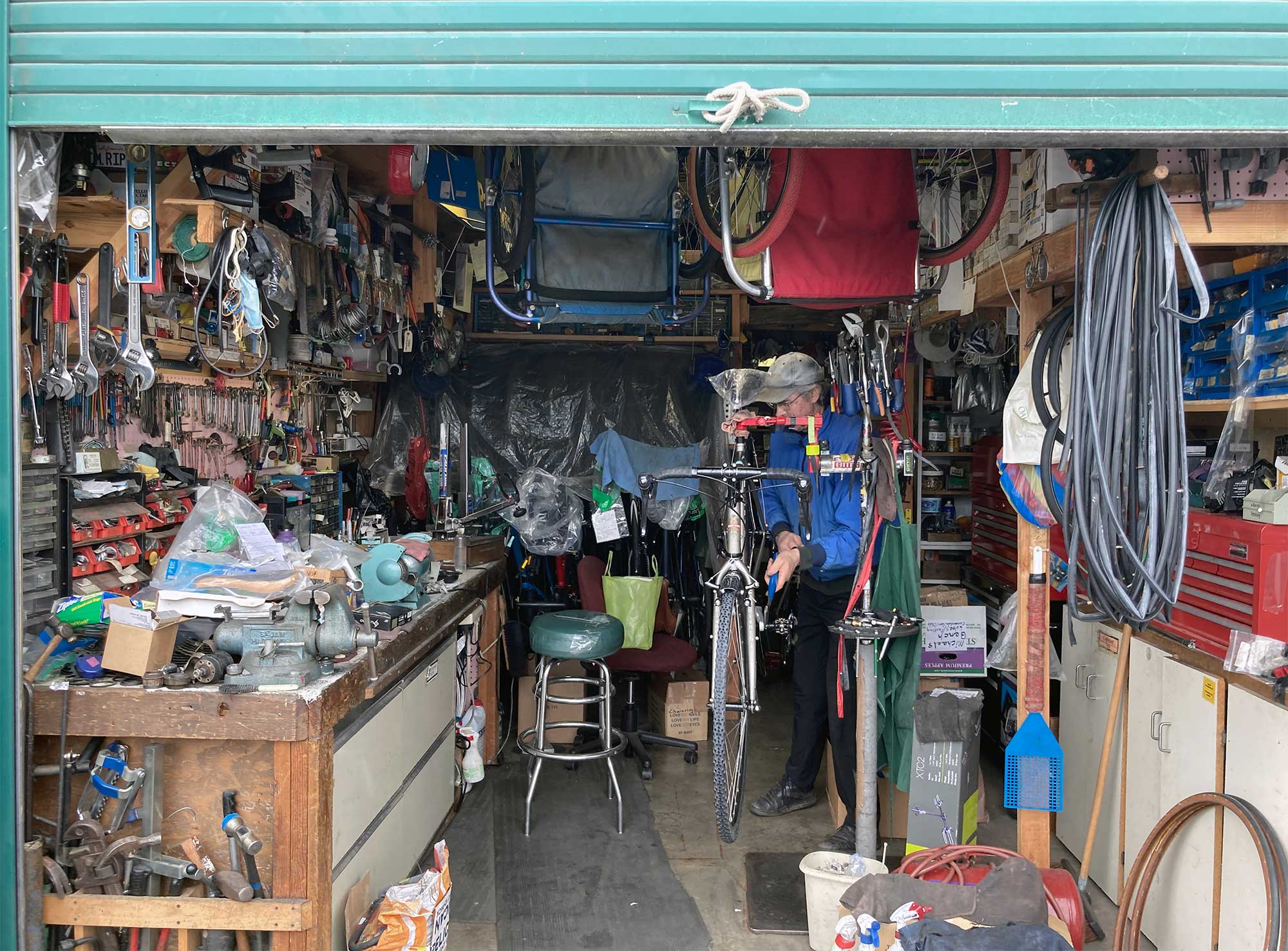 Again, it doesn’t appear that Bianchi makes either of these frames anymore. 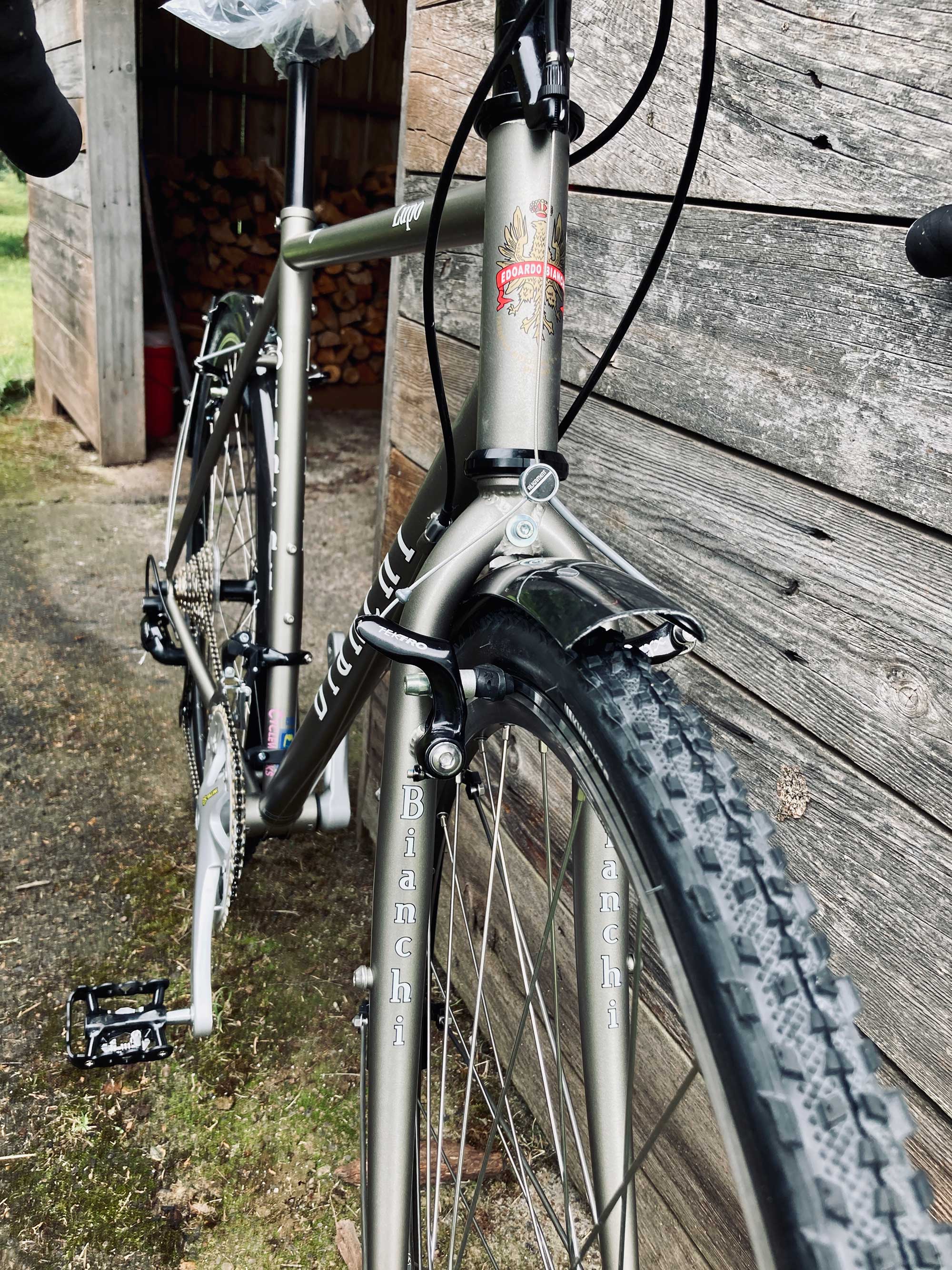 The Lupo and Volpe frames are identical, with the latter equipped with the higher grade Shimano Tiagra components, compared to the Lupo’s Shimano Sora. Again, I’m not all that particular about components…the fanciest components I’ve had are Shimano 105, and while they’re great, I really just want the bike to shift and brake reliably.

After emailing back and forth about sizing (the brand-new bikes were in boxes, and I wanted to make sure the size was right before asking the owner to build one), I picked up the 55cm Lupo today. It is a wonderful bike, and I can’t wait to get it out for a proper ride.