Shortly after I graduated high school back in 1999, I drove from my Wyoming hometown to Oregon. Along the way, I stayed with my cousin, who at the time was living with his partner and daughter in a caretaker’s apartment in an abandoned brewery. It was an awesome, brick building, with a massive open area that my cousin and others used for an art space. I have good memories of that trip.

As an impromptu graduation gift, my cousin gave me a third-edition copy of Mountaineering: The Freedom of the Hills, and I’ve had it on the bookshelf ever since. 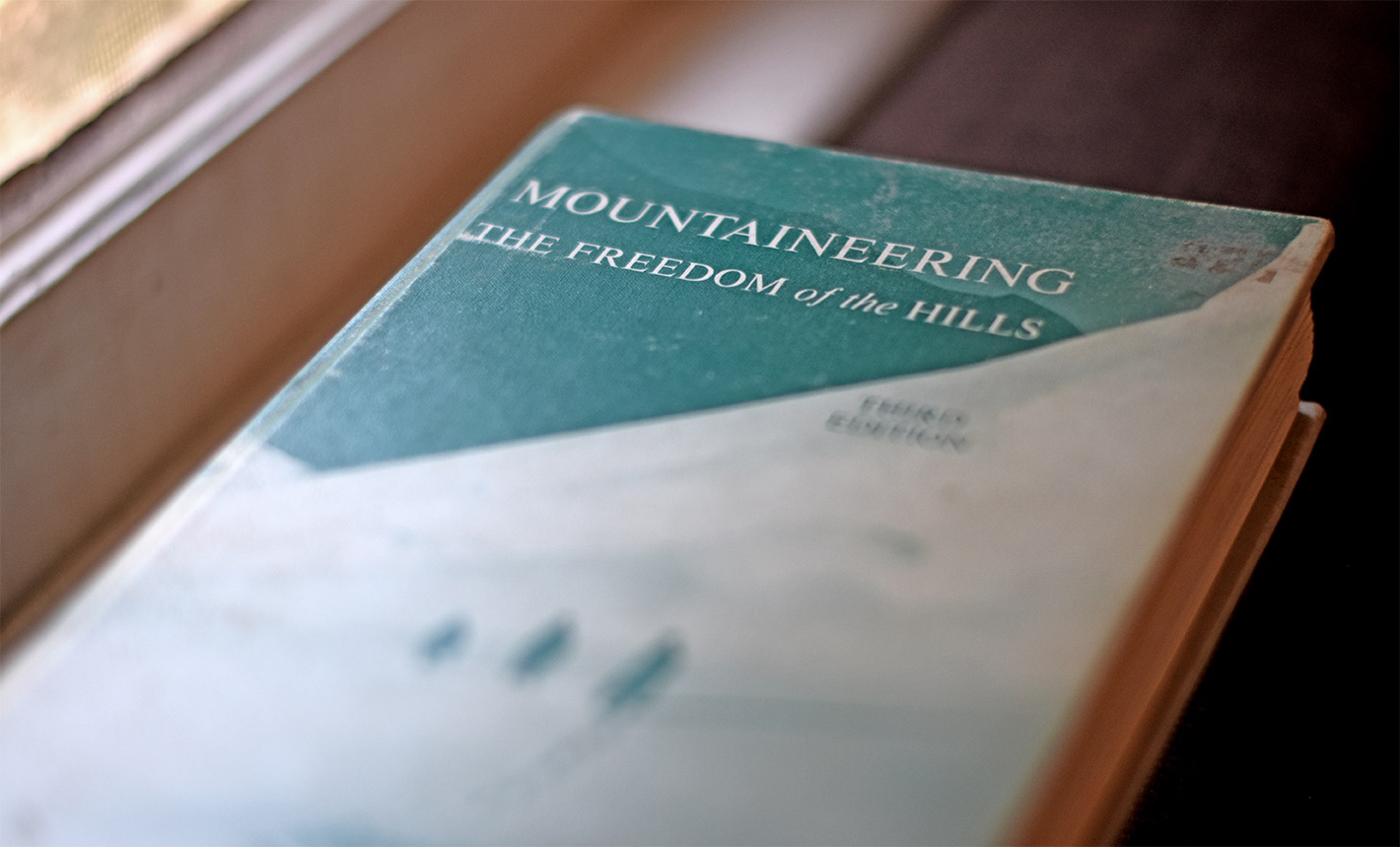 Now in its ninth edition (it had already seen a sixth edition by 1999), it is considered the classic text for mountaineers and climbers all over the world. More than that, portions of the book are often cited for general outdoor safety and preparedness, including the “ten essentials” adopted by the National Park Service.

But do you even mountaineer, bro?

I…do not, bro. Well, not anymore, or at least, not recreationally. I used to rock and ice climb in Wyoming and Montana, along with extensive high altitude trekking, but I don’t have much interest in “conquering mountains”. That said, many (if not all) of the techniques in this book are relevant for, if not adopted by, search and rescue teams, and consequently indispensable. And, as mentioned, much of the book is relevant and useful for any outdoor pursuit. 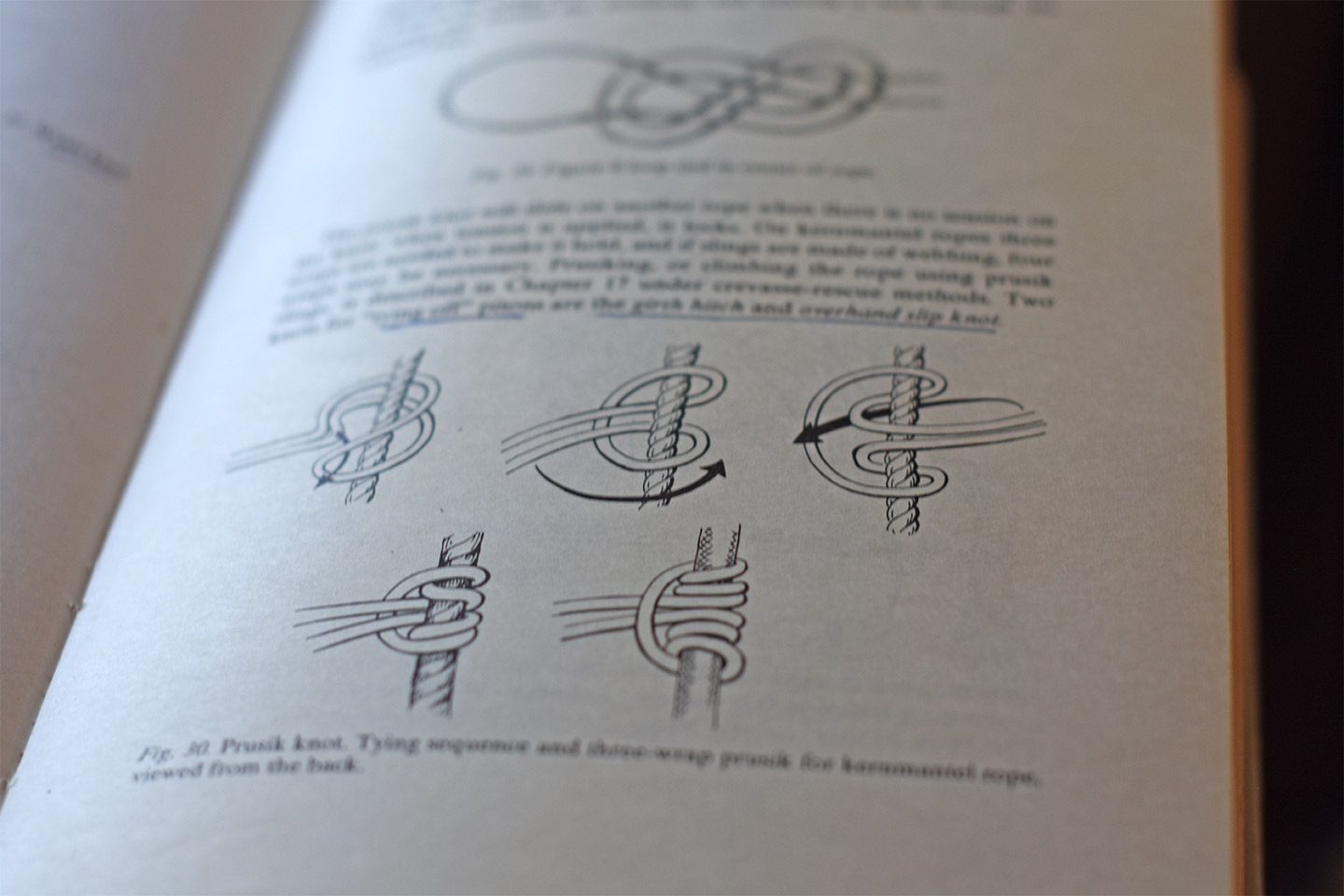 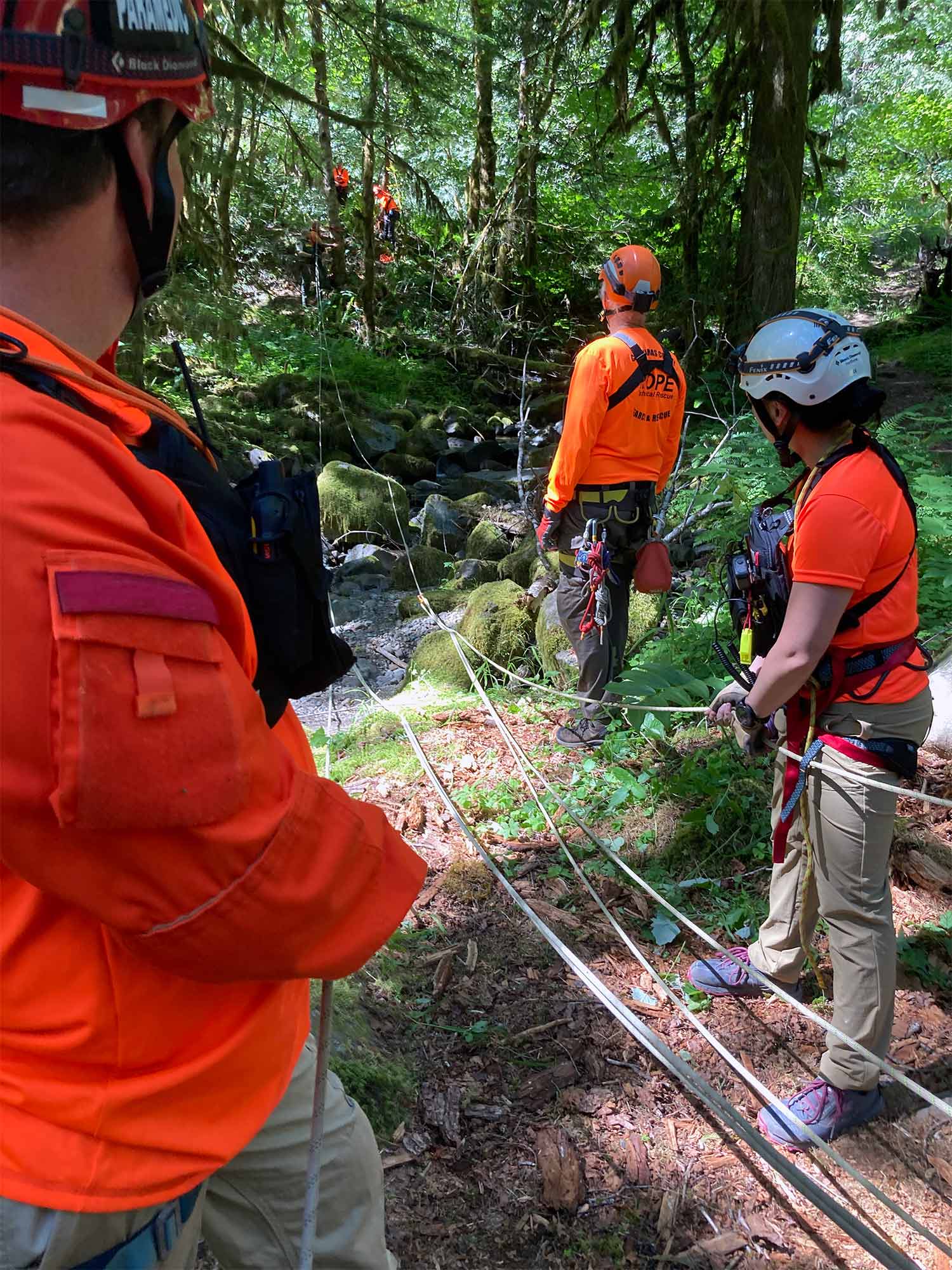 I’ve even used a rope-only rappel technique from the book when my dog (Sam) was swept down a creek during a flood and needed to be rescued (back in 2010). I wrapped a rope around a tree and descended a cliff into rushing water to retrieve my beloved retriever. 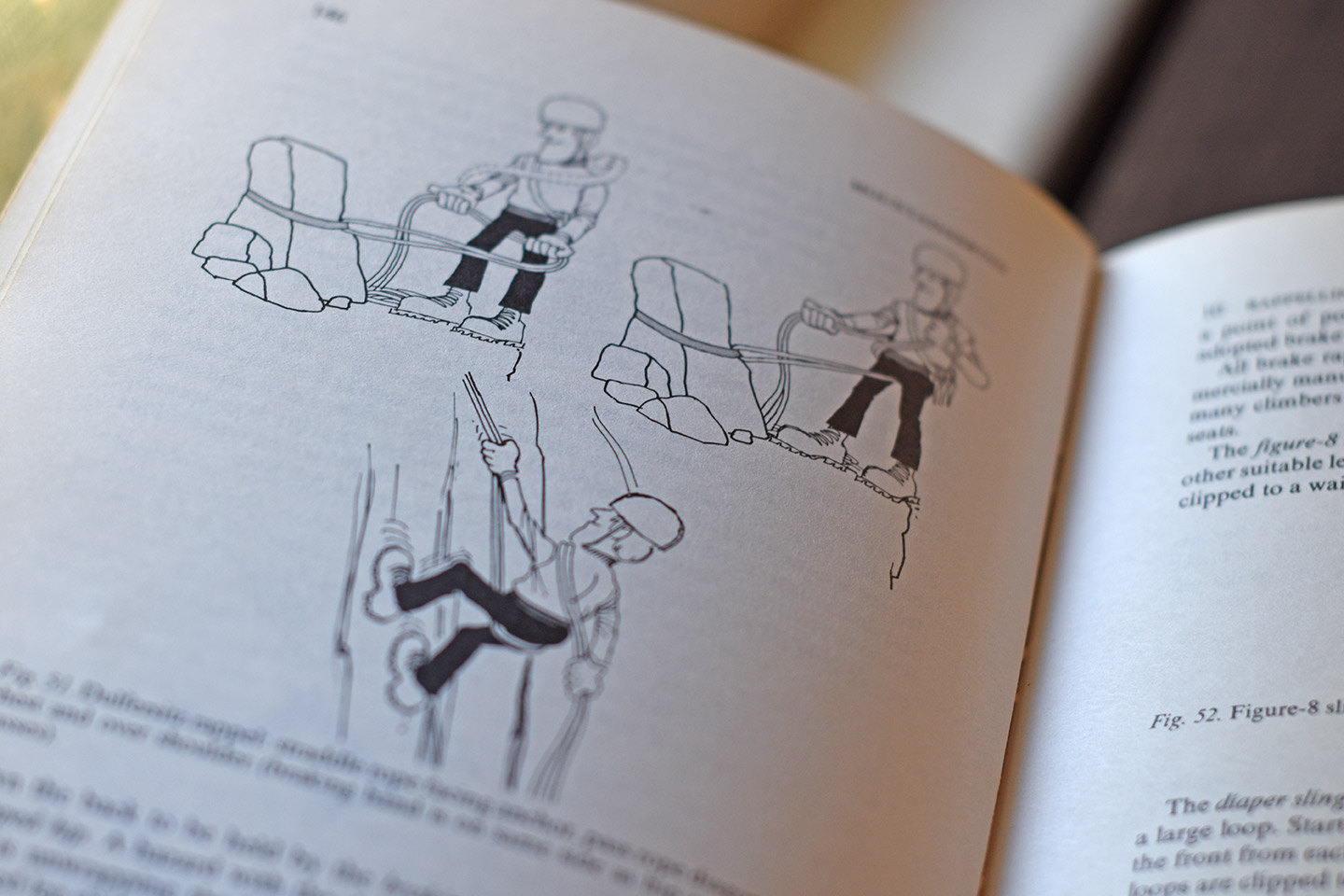 Which reminds me; the cartoonish illustrations in this book are wonderful. They’re admittedly goofy at times, but they lend the early editions of the book a vintage, playful, and endearing quality, and the book just wouldn’t be the same without them.