I’ve had many bikes over the years. Not counting the bikes I had as a young child, I’ve owned:

Most of those frames are steel, my favorite frame material.

I grew up in a small town in Wyoming, and began mountain biking there in earnest when I was about 14 years old. I recall riding (and crashing) my rigid, hardtail Rockhopper in every corner of desert in the Big Horn Basin in which I grew up.

Later, I would take up road cycling in pursuit of triathlon. When I was 17, despite being a poor cyclist, I broke the Wyoming age group record of a future Olympic triathlete. I did so on my father’s 1988 Schwinn Tempo with downtube shifters.

For my high school graduation, my parents bought me a 1997 Schwinn Peloton. While Schwinn later took a nose dive as a quality bike company, that particular bike featured a Reynolds 853 steel frame and Shimano Ultegra components (mine had 105s). It was the lightest, most capable bike I had ever seen at the time. 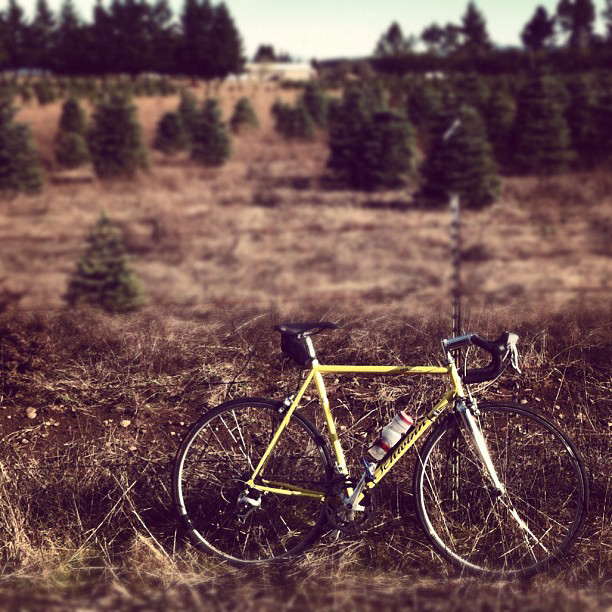 Of course, times have changed, and the majority of bike frames are nothing like they were back then. 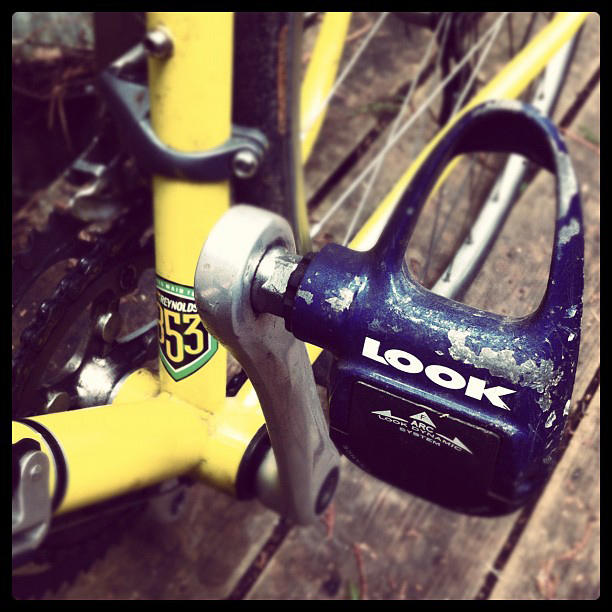 But steel persists, and I’m grateful for that. My racing days are far behind me, but there’s still nothing more liberating than getting out on the bike.

My first year at the University of Oregon, I foolishly purchased (on credit) a Specialized Stumpjumper. I had always wanted one, and was young and brash and stupid. I’d brought my Schwinn Peloton with me to Oregon, and rode both bikes a lot in those days. I later had to sell the Stumpjumper for much less than I bought it for, but not before I rode it extensively in Ashland, Oregon, where I lived for a time.

Meanwhile, I rode the Peloton nearly every day for several years, riding gravel before it was popular in order to get in and out of the mile-long gravel road to our remote cabin. 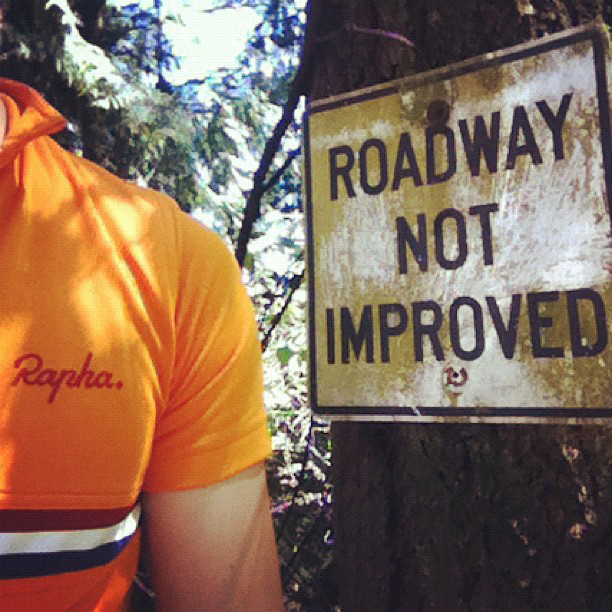 When I became more sensible about finances, and wanted to do some touring, I bought a Bianchi Sport on Craigslist for about $200, and then later found a more appropriately sized Bianchi Eros, with beautiful Columbus tubing and lugs. I rode both of those on multi-day tours in Oregon, and still have the latter bike, which is my favorite bike I’ve ever owned. 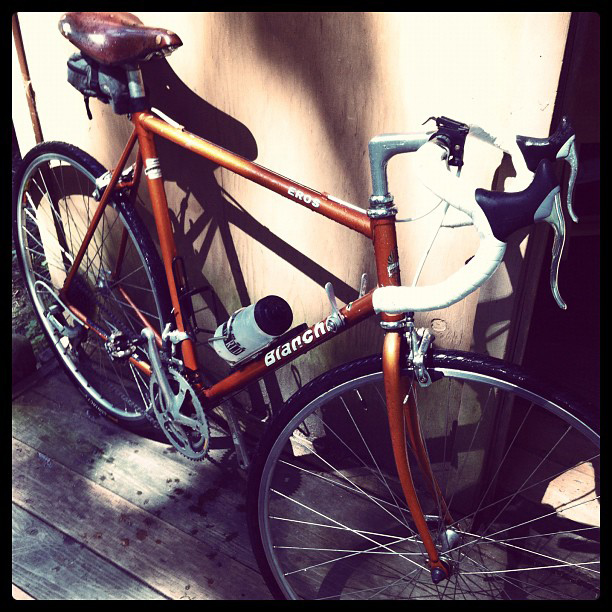 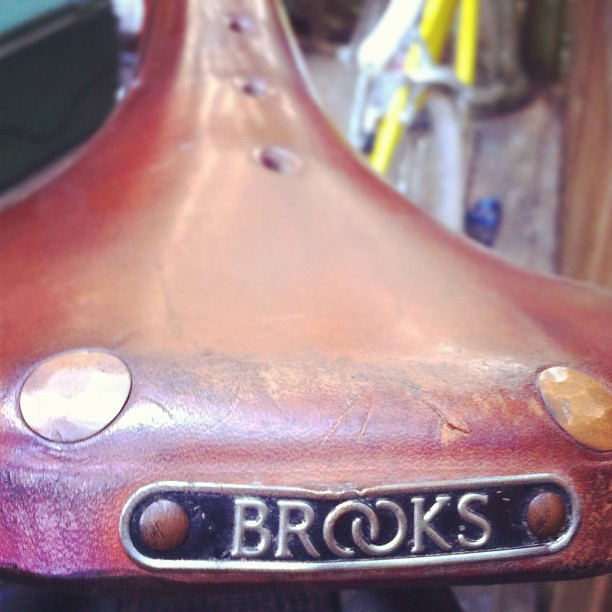 When COVID hit, I had primarily been swimming for exercise. I’d grown tired of aggressive drivers while cycling, and wanted to get back into swimming. The pandemic, of course, closed every swimming pool and gym, and as a result, I decided to buy a new bike. I went with an affordable fat bike, mostly because I thought I could ride it on rough forest service roads on long backcountry tours, and because I wanted to ride the Oregon Coast Trail, most of which is on the beach.

Two events derailed those plans. First, most of my favorite places to hike and ride burned down. Second, I dislocated my shoulder on about the fifth ride on that bike, an injury that would require shoulder surgery and forced down time. 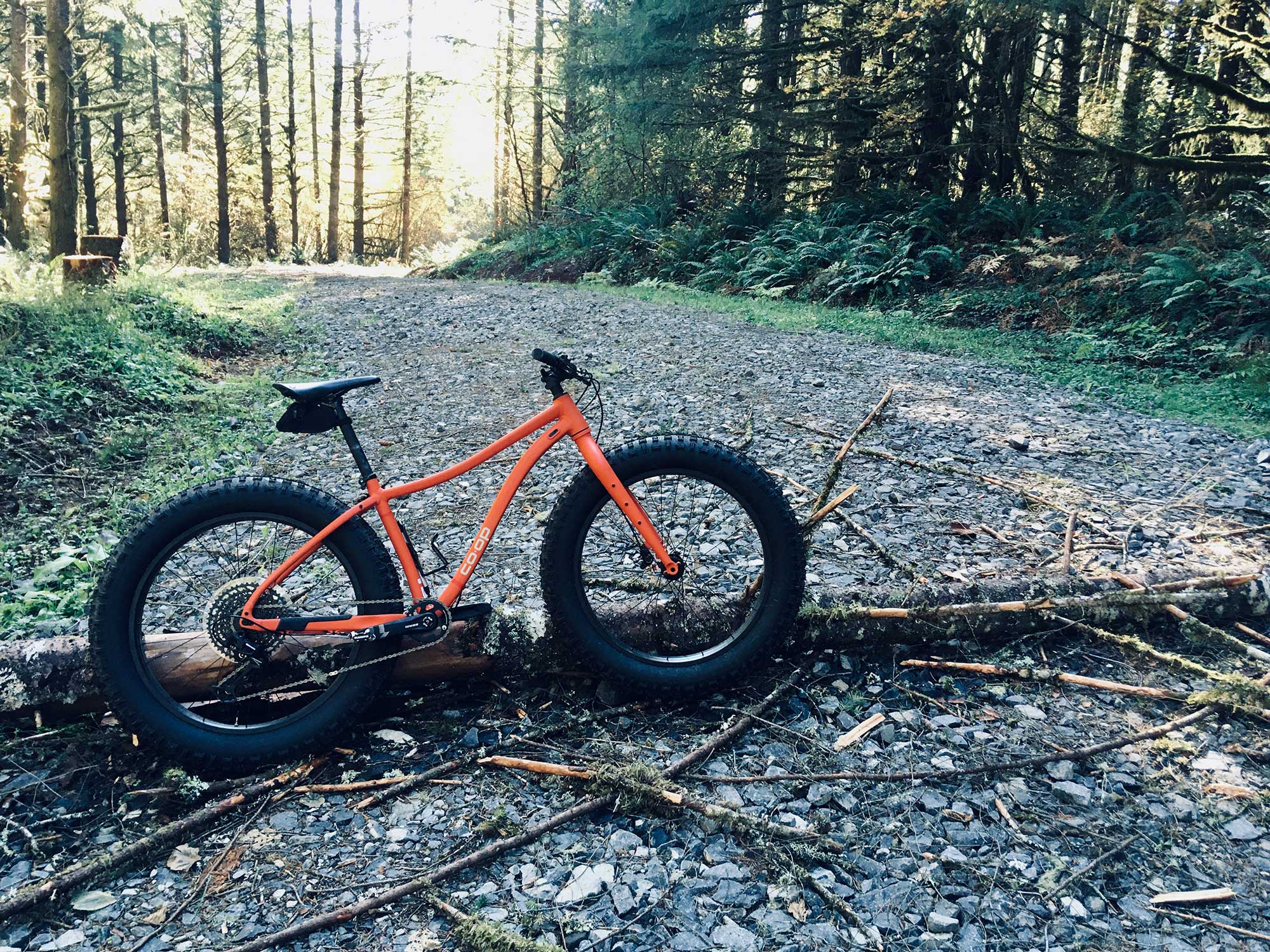 I’ll likely sell the fat bike soon, and pick up another steel frame, hopefully a gravel bike. My heart is in steel frames and simplicity. I’ll ride those into the sunset. 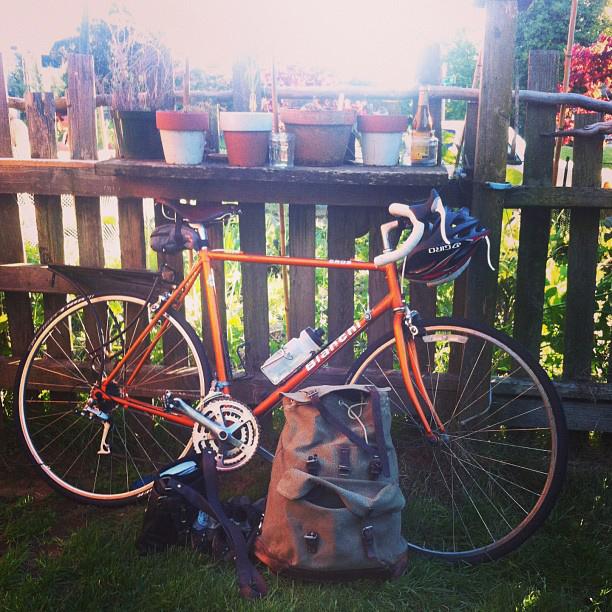